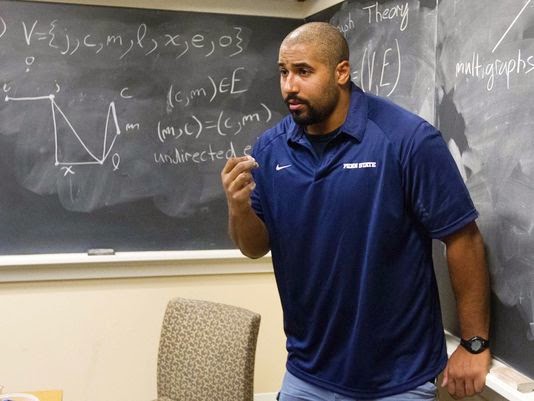 John Urschel, an offensive lineman for the Baltimore Ravens, recently co-authored a paper in the Journal of Computational Mathematics. It is titled "A Cascadic Multigrid Algorithm for Computing the Fiedler Vector of Graph Laplacians" and apparently includes "a cascadic multigrid algorithm for fast computation of the Fiedler vector of a graph Laplacian, namely, the eigenvector corresponding to the second smallest eigenvalue." I understand close to none of the words in that sentence, which comes from the paper's abstract. I probably never will. The rest of the study is similarly accessible. See some highlights below:

I thought that was obvious. . .


Urschel, who was drafted in 2014 to block for Joe Flacco, had a 4.0 grade point average at Penn State and has been published in several mathematical journals. He is also an accomplished chess player. For a living, he uses his body as a bulldozer. His family, he says, wonders why he would spend his time in such a way. The answer is, apparently, that he just enjoys leveling people. 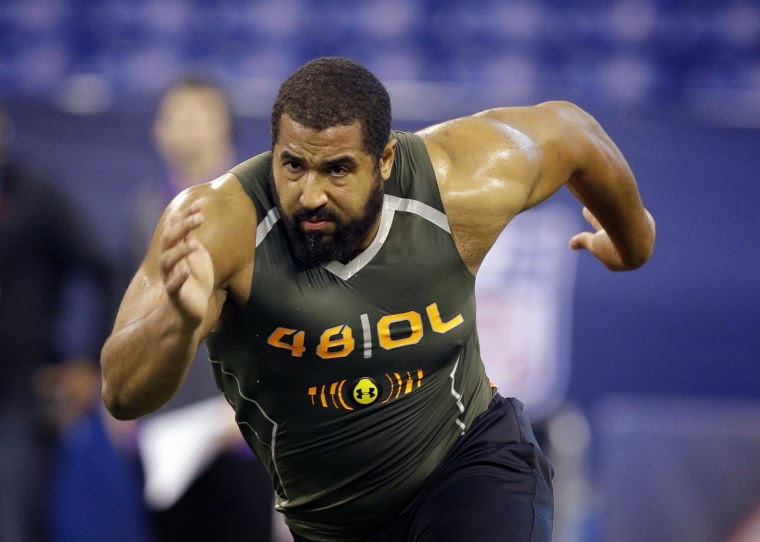 There was a time when athletics and scholarship went together, and sports are specifically mentioned in the requirements of a Rhodes Scholarship:


Cecil Rhodes set forth in his will four standards by which prospective Rhodes scholars should be judged: (1) literary and scholastic attainments; (2) energy to use one's talents to the full, as exemplified by fondness for and success in sports; (3) devotion to duty, sympathy for and protection of the weak, kindliness, and unselfishness; and (4) moral force of character and instincts to lead and to take an interest in one's fellow beings. In short, scholars are chosen for being more than bookworms; the selection committees are looking for intellectual talents combined with concern for others.

I don't know how rigorously enforced that aspect is these days, though.
Posted by Fritz at 5:00 AM