A few weeks ago I began the process of getting a new boat. I wanted a newer boat, a little more rough water capable, with a four stroke engine (I'm tired of dealing with 2 stroke oil), and not too much bigger, because I fish a lot of small spots in skinny water. This boat showed up for sale locally: 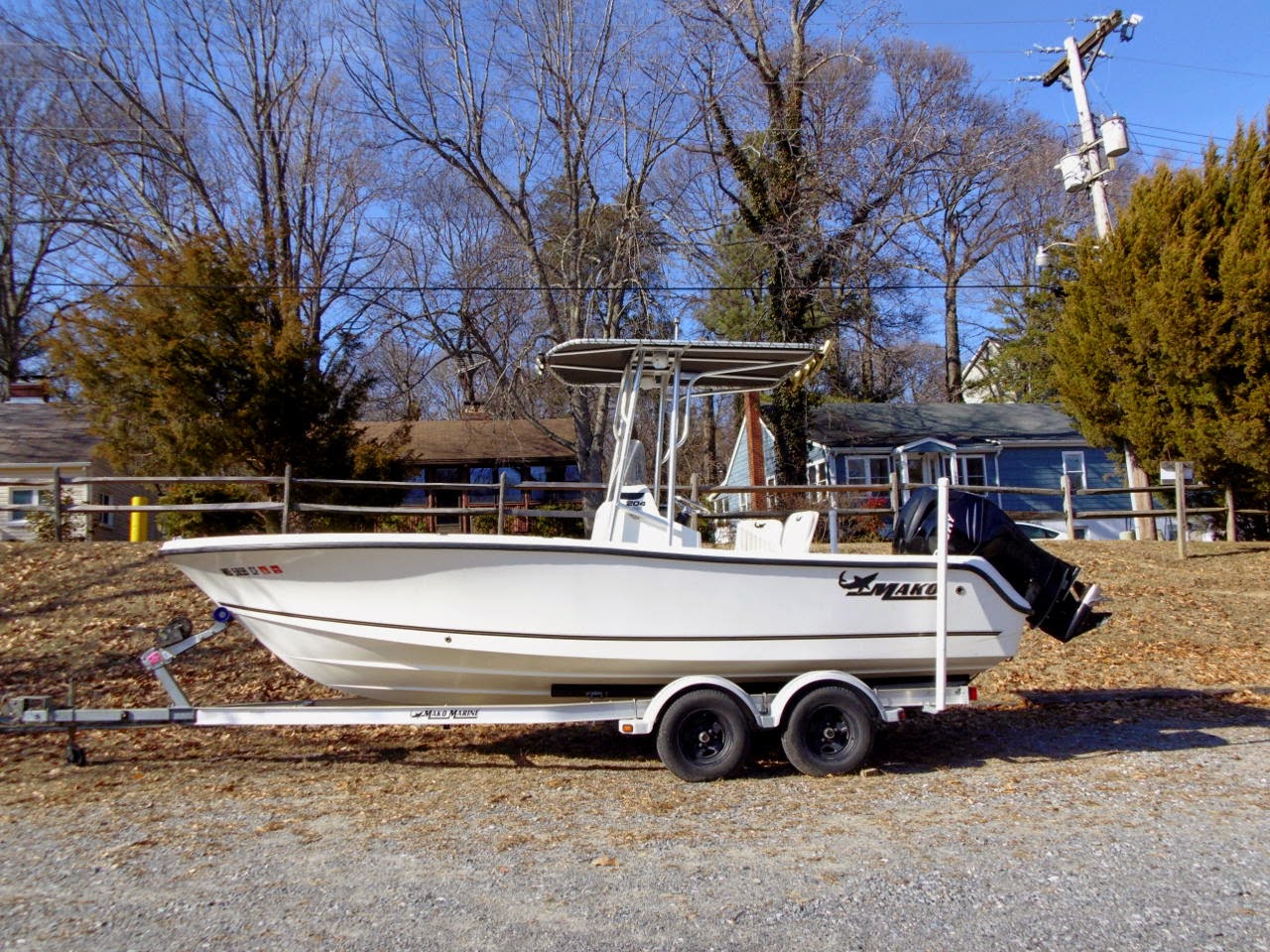 It's a 20 ft, 4 inch Mako, 5 years old but with only 132 hours on the Mercury Verado 150 engine. During the sea trial, it wouldn't run properly, and I took a chance on fixing it if I took a lower price. My gamble paid off, and I saved a bit of cash, and came in well under my "retirement boat" budget.

I was also tired of painting the bottoms, and dealing with the issues of a boat tied in a slip (you know, like sinking, which has never happened to me, but close a couple of times), so for this year at least I'm renting a slip with a boat lift and seeing if I like this option.

This morning we put it in the slip, and I finished stashing gear on it, updating the registration and fishing license stickers. This afternoon I took it out for a test/fishing run. It was rough out, a good test day, one I would ordinarily pass on with winds from the NE at 12-15, and decent white caps. The boat handled the chop with aplomb, and I made down to "Location X", caught 3 fish, including one 30+ inch fish (about like yesterdays). Which reminds me, I need to buy a new stick down ruler.  It was too rough for easy fishing so I retired with light still in the sky, and ran home, and raised it out of the water until next time!

In the meantime, Trevor bought the old boat, to be used as a trailer boat with another of his fishing buddies. I hope he catches as many fish out of it as I did.
Posted by Fritz at 7:35 PM