The Pacification of Western Man 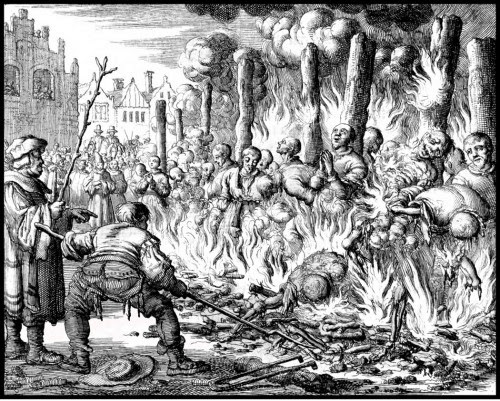 Through its monopoly on violence, the State tends to pacify social relations. Such pacification proceeded slowly in Western Europe between the 5th and 11th centuries, being hindered by the rudimentary nature of law enforcement, the belief in a man’s right to settle personal disputes as he saw fit, and the Church’s opposition to the death penalty. These hindrances began to dissolve in the 11th century with a consensus by Church and State that the wicked should be punished so that the good may live in peace. Courts imposed the death penalty more and more often and, by the late Middle Ages, were condemning to death between 0.5 and 1.0% of all men of each generation, with perhaps just as many offenders dying at the scene of the crime or in prison while awaiting trial. Meanwhile, the homicide rate plummeted from the 14th century to the 20th. The pool of violent men dried up until most murders occurred under conditions of jealousy, intoxication, or extreme stress. The decline in personal violence is usually attributed to harsher punishment and the longer-term effects of cultural conditioning. It may also be, however, that this new cultural environment selected against propensities for violence.

The argument is essentially that since the middle ages, we in the west have selected strongly fro civic pacification by inflicting the death penalty on offenders, leaving us a genetically pacified people.  OK, it's one working hypothesis.

In the comments someone points out that we in the west have had a series of bloody wars. Does this contradict this? Maybe, maybe not. Crime is something that people commit on other people in their own society, war is something societies carry out against neighboring societies. There are likely very different origins. 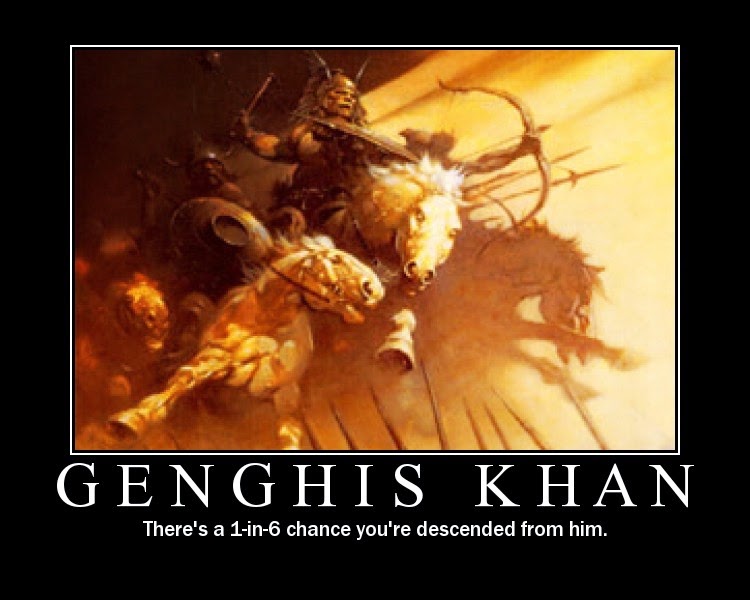 Compare and contrast to this finding from Asian cultures: ‘Hundreds of Millions’ of Asian Men Descended From 11 Dynastic Leaders


Hundreds of millions of Asian men alive today could be descendants of just 11 dynastic leaders who lived up to 4,000 years ago, according to researchers at the University of Leicester in the UK.

The study, published in the European Journal of Human Genetics, looked at the Y-chromosome - the chromosome passed from father to son - in around 5,300 Asian men from more than a hundred different ethnic groups and nationalities.

“We found that overall, about 37% of them carried Y-chromosome types that descend from these 11 founders,” says Professor Mark Jobling from the University of Leicester who was the project’s leader.

“So we extrapolated that to Asia as a whole. It’s a bit dodgy, but if you did that there’s more than a billion descendants. I would say hundreds of millions is probably right though. We can’t really be sure just by multiplying it by the population of Asia because there are some parts of the continent that we didn’t sample very well in our study. I would say hundreds of millions is a good ball-park figure.”

So Asia is filled with men descended from the great conquerors, the Khans and their like? Wonderful, just wonderful. Remember that when negotiating with China.

One could speculate about Africa as well, but my knowledge of African history is lacking.
Posted by Fritz at 1:14 PM