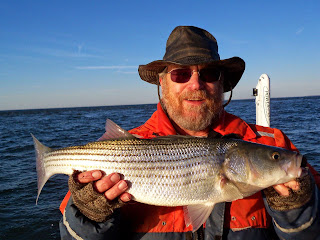 I got a call from Walleye Pete this afternoon.  He wanted to know if there were enough fish for amateurs to catch, and invited me to try, before he took any paying anglers. To the left is my first fish of 2015. 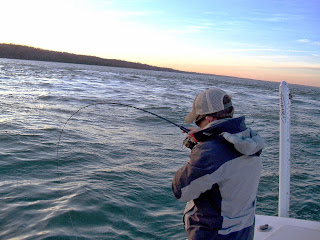 It was rough out initially with a 15 kt NNE wind, but Pete's big 27 foot Judge handled it pretty good. We did rock a bit in the big standing waves at "Location X." 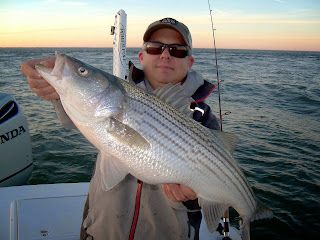 Fish were a little scarce at first, but things got pretty good for while around sunset. 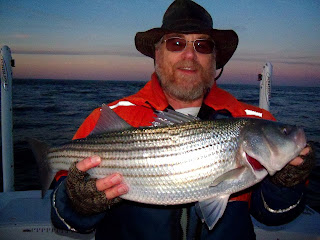 We both lost fish that pulled harder than any we landed. I would guess mid 30 inch fish, but who really knows unless you see 'em? All in all we probably landed more than 10, but we forgot to count. 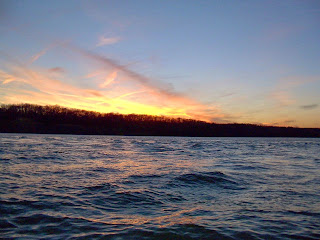 Not as nice a sunset as sunrise two days ago.
Posted by Fritz at 9:02 PM