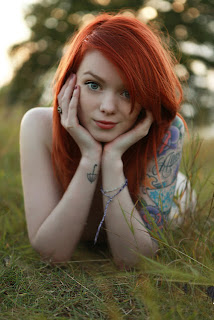 This just in from the mother ship...

On the Beach, Men Are More Likely to Approach a Tattooed Woman


There are a lot of reasons to think twice before getting something permanently drawn on your body. One is that people still treat those with tattoos differently than those without. One recent study, for instance, looked at how men treat women with tattoos. What they found was that men are more likely to approach a woman with a tattoo and more likely to expect a date or sex with that woman. 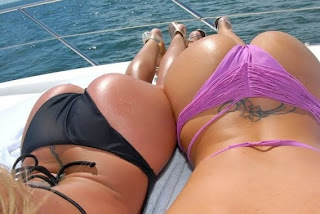 Shocked, I'm shocked, to find hear the men would think that women with tattoos scantily clothed lying on the beach might somehow be easier to uh, "date" than say, a woman with her hair in an Amish bonnet and wearing a floor length home spun dress.

Here’s how the study worked. Researchers had women place temporary tattoos on their lower backs and sent them to a well-known beach. The women were instructed to lay on the beach reading a book, staying on their stomachs so that the tattoo was visible. There were two parts to this study. In the first one, once the woman was in place, researchers watched and counted how many men approached her. In the second, once the woman assumed her position, a male researcher walked around the beach and asked random men whether they would be willing to “respond to three questions about a girl somewhere on the beach.” Every single man they approached said yes. 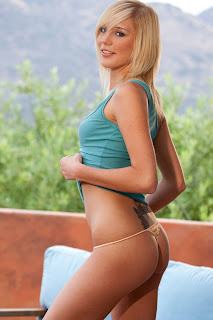 Dang, that's an absolutely outrageous participation rate for a survey.  I routinely turn down opportunities to participate in phones surveys, but I guess if the topic is a girl on the beach, I might find then time to participate.


Here’s how the researchers summarized their results: 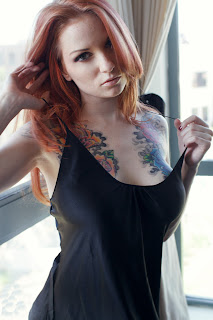 I mean, just because a woman might be willing to go through a prolonged, painful and all but permanent procedure to look attractive (and well, let's face it, available) is no reason to suspect she might be willing to do "things" that some other women might not, right?

Interestingly, the study did refute an earlier finding about women with tattoos. In 2007, researchers from the University of Liverpool showed that men rated women with tattoos as physically less attractive, but sexually more promiscuous than those without. In this study, researchers found that physical attractiveness—as rated by the men on the beach who agreed to answer questions about the woman—wasn’t impacted by the tattoo. Another study in 2005 also found that tattoos don’t change attractiveness, but do negatively impact a person’s credibility, regardless of their gender.

So tattoos might not be bad for picking up dudes at the beach, but they might impact what those dudes think of you in the long run.


And Wombat-Socho at The Other McCain has the grand Rule 5 compendium up at "Rule 5 Sunday: Desert Plains". I'm still trying to figure out his naming scheme. I could just ask him, but what's the fun in that? Also linked a The Classical Liberal Rule 5 Sunday "Keeps on Swinging."
Posted by Fritz at 6:00 AM