About 12,800 years ago when the Earth was warming and emerging from the last ice age, a dramatic and anomalous event occurred that abruptly reversed climatic conditions back to near-glacial state. According to James Kennett, UC Santa Barbara emeritus professor in earth science, this climate switch fundamentally –– and remarkably –– occurred in only one year, heralding the onset of the Younger Dryas cool episode.

The cause of this cooling has been much debated, especially because it closely coincided with the abrupt extinction of the majority of the large animals then inhabiting the Americas, as well as the disappearance of the prehistoric Clovis culture, known for its big game hunting. 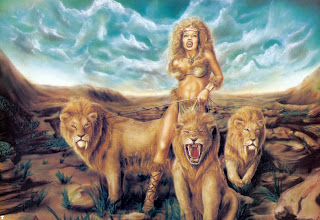 In the past year or so, the question of whether the Younger Dryas event was caused by an impact event or a "wobble" in the glacial pattern of unknown origin has been an active story.


"What then did cause the extinction of most of these big animals, including mammoths, mastodons, giant ground sloths, American camel and horse, and saber- toothed cats?" asked Kennett, pointing to Charles Darwin's 1845 assessment of the significance of climate change. "Did these extinctions result from human overkill, climatic change or some catastrophic event?" The long debate that has followed, Kennett noted, has recently been stimulated by a growing body of evidence in support of a theory that a major cosmic impact event was involved, a theory proposed by the scientific team that includes Kennett himself. 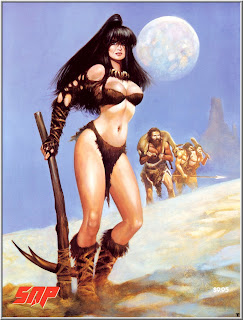 And Lions, don't forget the North American version of the modern lion. Which may have been more like a jaguar.  It's hard to imagine primitive humans wiping out lions without wiping out their food source, and goodness knows there were plenty of tasty buffalo running around on North America.  I find it hard to buy the "human overkill" hypothesis in it's extreme form, although I certainly believe that humans were capable of wiping out flightless birds on islands, for example, and the relatively naive fauna of Australasia.


Now, in one of the most comprehensive related investigations ever, the group has documented a wide distribution of microspherules widely distributed in a layer over 50 million square kilometers on four continents, including North America, including Arlington Canyon on Santa Rosa Island in the Channel Islands. This layer –– the Younger Dryas Boundary (YDB) layer –– also contains peak abundances of other exotic materials, including nanodiamonds and other unusual forms of carbon such as fullerenes, as well as melt-glass and iridium. This new evidence in support of the cosmic impact theory appeared recently in a paper in the Proceedings of the National Academy of the Sciences.

This cosmic impact, said Kennett, caused major environmental degradation over wide areas through numerous processes that include continent-wide wildfires and a major increase in atmospheric dust load that blocked the sun long enough to cause starvation of larger animals. 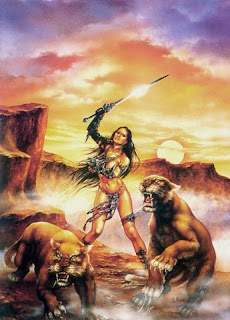 It would also go a long way to explaining some of megafauna extinctions Europe and Asia that occurred around the same time,


Investigating 18 sites across North America, Europe and the Middle East, Kennett and 28 colleagues from 24 institutions analyzed the spherules, tiny spheres formed by the high temperature melting of rocks and soils that then cooled or quenched rapidly in the atmosphere. The process results from enormous heat and pressures in blasts generated by the cosmic impact, somewhat similar to those produced during atomic explosions, Kennett explained.


"Based on geochemical measurements and morphological observations, this paper offers compelling evidence to reject alternate hypotheses that YDB spherules formed by volcanic or human activity; from the ongoing natural accumulation of space dust; lightning strikes; or by slow geochemical accumulation in sediments," said Kennett.

"This evidence continues to point to a major cosmic impact as the primary cause for the tragic loss of nearly all of the remarkable American large animals that had survived the stresses of many ice age periods only to be knocked out quite recently by this catastrophic event."

This same group has been developing this story for some time.  While it appears to be pretty solid, there is still plenty of room for other explanations. Also linked at Wombat-Sochos Memorial Day "Rule 5 Monday."
Posted by Fritz at 6:00 AM