Rule 5 Saturday - The Women of CSI

...Las Vegas.  Enough supermodels, lets do some real women, at least to the the extent that actresses can be real women.  Today, for Rule 5 Saturday, I chosen to feature the women of CSI: Las Vegas, the long running crime scene drama best known for showing laboratories in odd lighting, and promulgating the belief that a DNA profile can be run in 5 minutes... 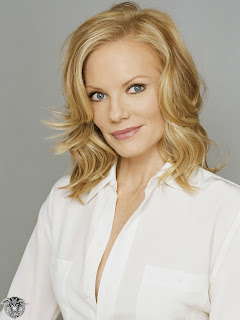 Our first 'Woman of CSI' is Marg Helgenberger, who portrayed Catherine Willows from its inception in 2000 to 2012. Aside from CSI, which must have occupied much of her life for the past 12 years, she has a pretty impressive list of TV and film roles including such classics as "Frame by Frame" (NSFW link).

She started as a TV weather girl and professional meat packer (seriously) so acting must have seemed a dream job. 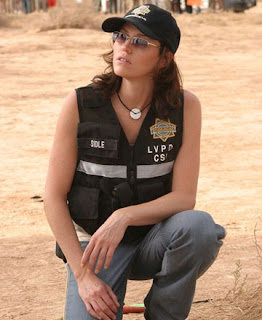 Our next victim selection is Jorja Fox as Sara Sidle, also present from 2000, but having skipped a few years (she was on the last time I watched).  After some minor TV roles, her first big gig was a stretch on "ER" as the "no nonsense vegetarian and lesbian medical intern, Maggie Doyle."  Sounds like nonsense to me...

She describes herself as being overweight while growing up, with a prominent gap between her teeth.By her twenties, neither her wisdom teeth nor braces had appreciably helped, and Fox said "forget it." 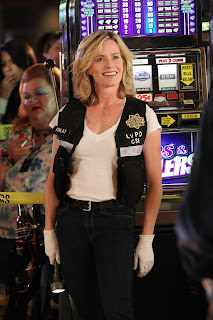 While a new girl on the block on CSI, having started in 2012 as Julie Finlay, Elizabeth Shue is an old hand in the acting business, starting as the original Karate Kid's squeeze in 1984, including  such fine pieces as "Molly" (1999) (NSFW link).  Hey, a girls gotta eat, and choking logs isn't really a good option. 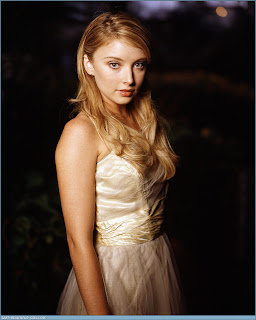 And last (well not really last, there are more, but I figured I'd stop here), Elizabeth Harnoise (pronounced arn-WAH), started as the hot young chick Crime Scene Investigator Morgan Brody in 2011. She started acting at 5 with two films, "Where are the Children?" (1985) and "One Magic Christmas" (1986), and hasn't slowed down since.

More Women of CSI below 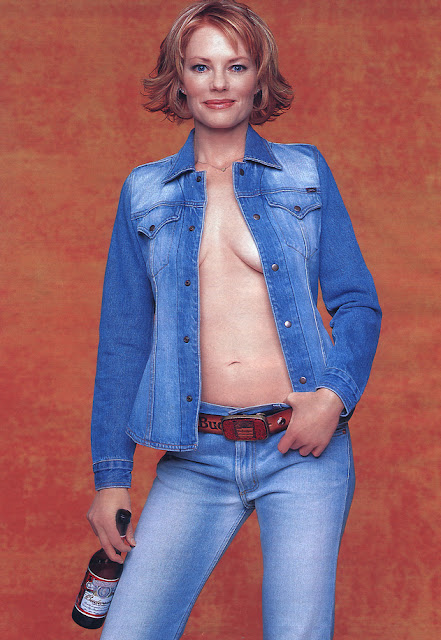 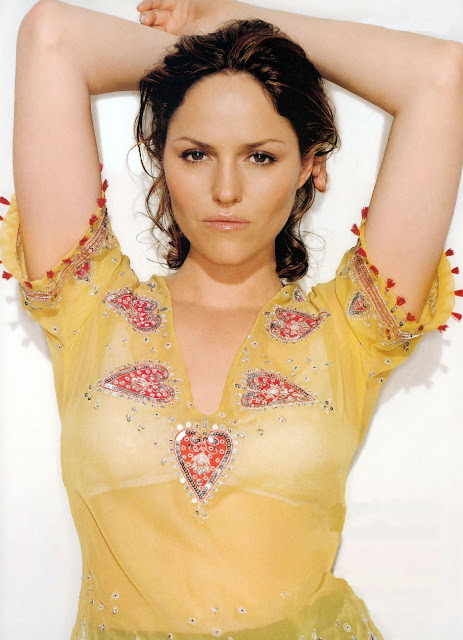 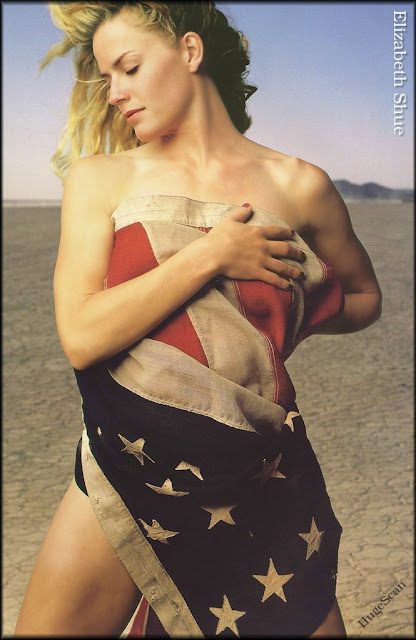 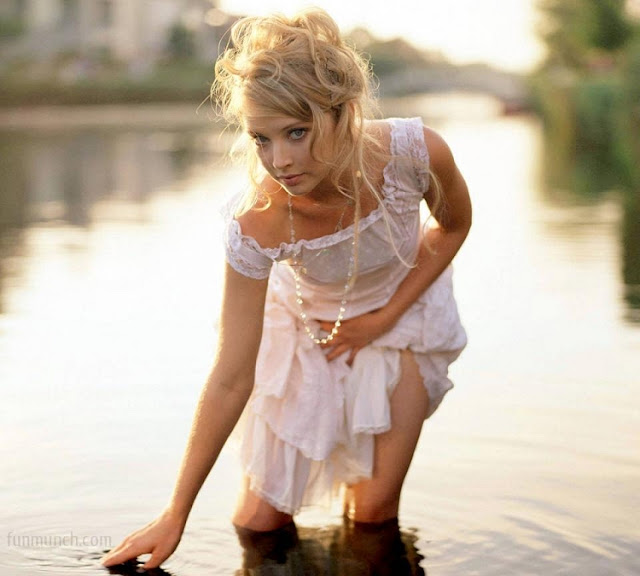 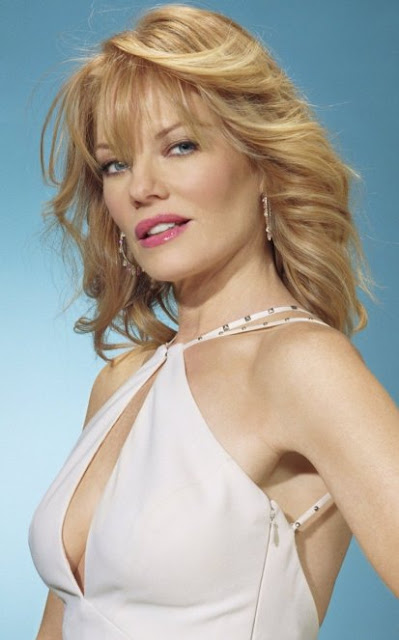 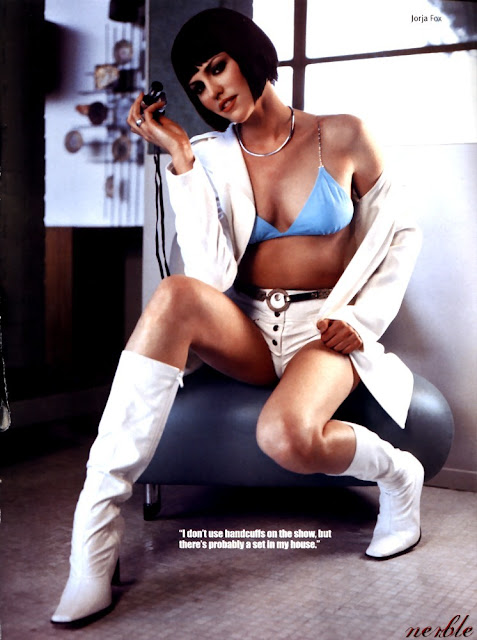 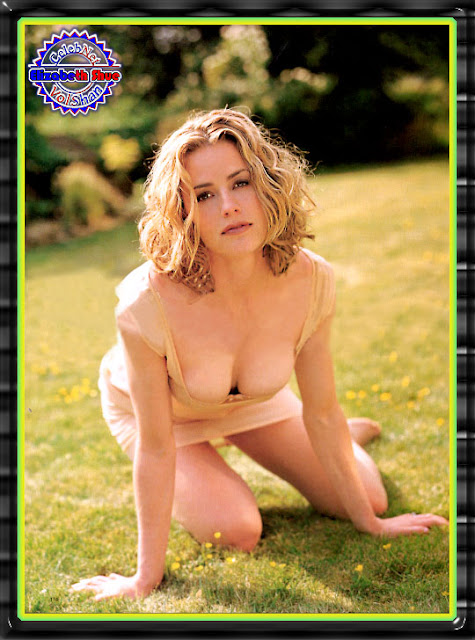 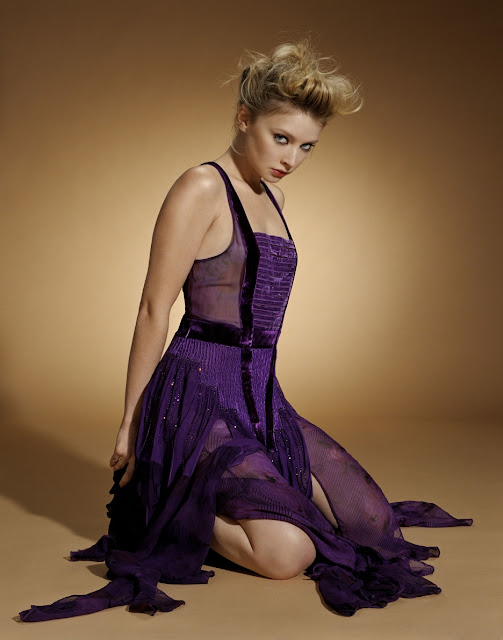 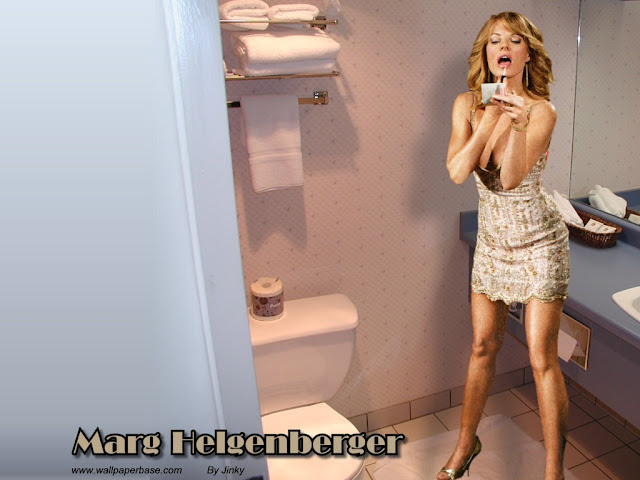 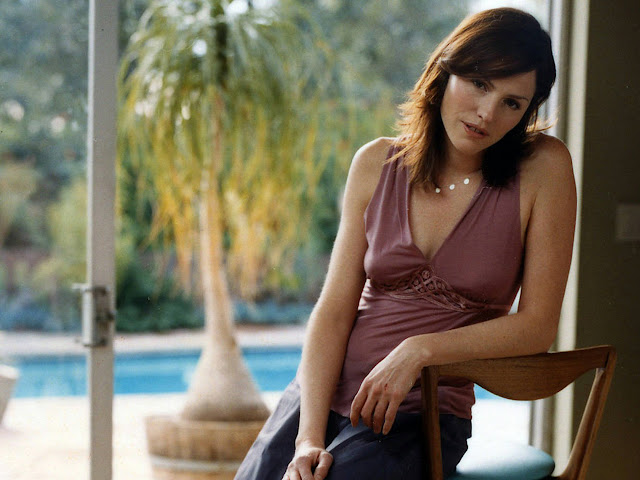 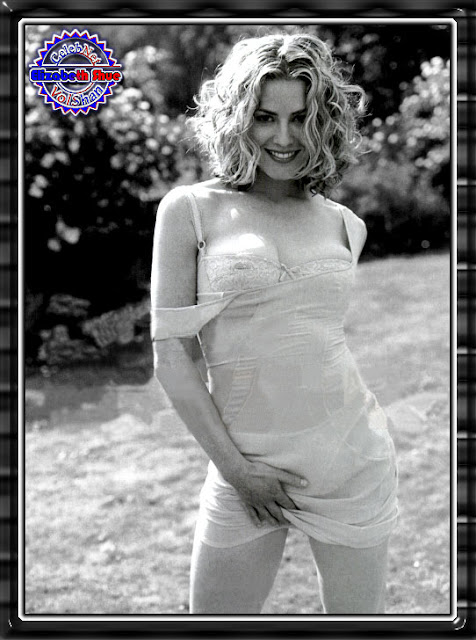 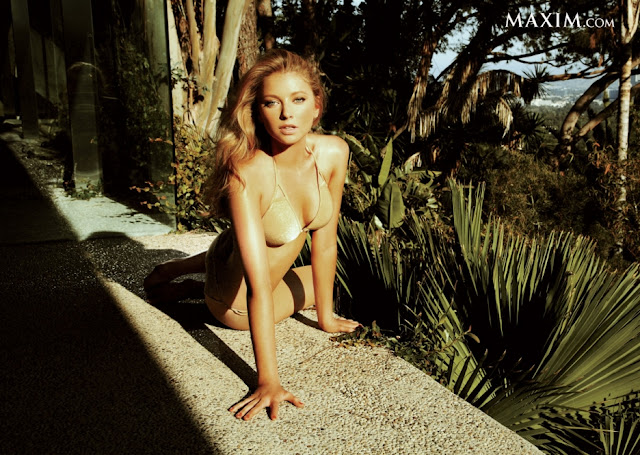