It was Probably Their Day Off for the Sequester

Two US diplomats shot outside strip club in Caracas were fighting with each other...

Two officials from the US Embassy suffered gunshot wounds early Tuesday during an altercation at a strip club in Venezuela's crime-ridden capital, police and US State Department officials said. Their injuries were not considered life-threatening.

The circumstances of the shooting were unclear, with conflicting reports over whether it happened inside or outside the Antonella 2012 nightclub. (Some NSFW pictures at the link).

I'm sure they just stopped by for a diet coke, and were fighting over who would pay for the check.


Police said the two US officials were shot following a brawl inside the club, which is in the basement of a shopping center in the upper-middle-class Chacao neighborhood. A woman who works at the club said the two men got into a fight with each other.

The club's Twitter account features racy photos of nude or scantily clad women pole dancing, posing inside cages or reclining on beds. The text under one photo invites visitors to come and watch the club's "sexy show." 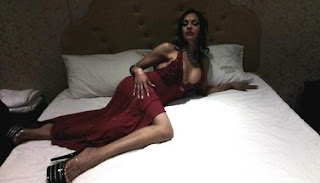 This must be some of the that new "Smart Power" that the new administration promised us.

"Apparently it was a fight originating in a nightspot where these people were attacked and shots were fired at them and they suffered gunshot wounds," police spokesman Douglas Rico told TV channel Globovision at the health clinic where the victims were taken. He said one was shot in the leg and abdomen and the other was shot in the abdomen.

A police official identified one of the victims as military attache Roberto Ezequiel Rosas. She said he was shot in the right leg during an argument outside the night club in Chacao, which is east of the city center.

I hope they have lots of sick leave saved up. 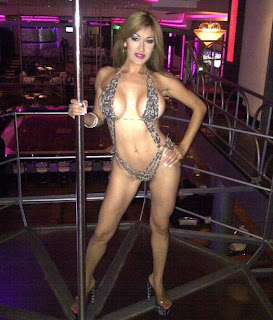 The official, who spoke on condition of anonymity because she was not authorized to release the information publicly, said she had no information on suspects.

Deisy Ron, who identified herself as the club's artistic director, told The Associated Press that she wasn't at work when the shooting happened, but said employees she supervises told her that the men got into an argument and started throwing punches inside the club.

"They were fighting with each other," she said. "One of them pulled out a gun and shot the other in the stomach and the leg."

Ron said she didn't know how the other man was injured or how he managed to bring a firearm inside the club, which has metal detectors at the entrance.

This wouldn't have happened if Hillary had been on the job, would it?

I guess the question is would we, or should we send a detachment of marines or seals to save these guys?

And Wombat-Socho at The Other McCain has the grand Rule 5 compendium up at "Rule 5 Sunday: Desert Plains". I'm still trying to figure out his naming scheme. I could just ask him, but what's the fun in that? Also linked a The Classical Liberal Rule 5 Sunday "Keeps on Swinging."