Could Dinosaurs See at Night?

Some dinosaurs loved the nightlife


Some dinosaurs and other Mesozoic reptiles could see in dim light and were likely active at night, according to a new study of these animals' eye shapes. These findings, published in Science, challenge the conventional wisdom that, due to energetic constraints, these animals were only active during the day, leaving the night to small and more energetically flexible mammals.

"It was a surprise, but it makes sense," said co-author Ryosuke Motani, professor of geology at University of California (UC), Davis.

By taking measurements of the bony circle called the 'scleral ring' in their eye and comparing it to the eye socket size in 164 living lizards and birds as well as 33 dinosaur fossils, Lars Schmitz and Motani from UC could tell which ones saw in the dark. Animals that are mainly active by day have a smaller opening in the scleral ring, while nocturnal creatures had a much larger opening, said the study. Those who roamed day and night fell somewhere in between.

"Similar to extant amniotes, flyers were predominantly diurnal (active during the day); terrestrial predators, at least partially, nocturnal; and large herbivores, cathemeral (were active whenever needed). These similarities suggest that ecology drives the evolution of diel activity (time effect) patterns," the authors wrote in the paper.... 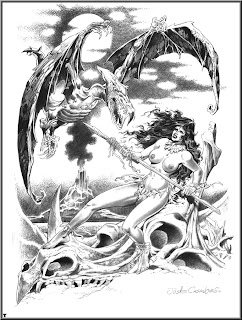 Flier, in the daytime, check. 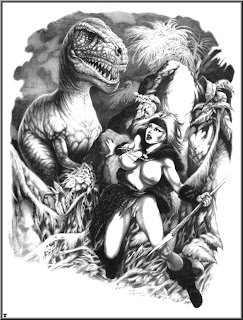 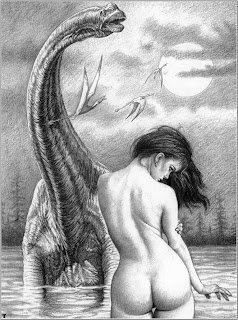 Big vegetarian, cathemeral, check.
Posted by Fritz at 6:00 AM