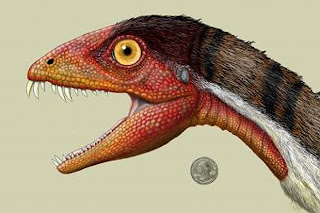 
A newly-discovered species of dinosaur, the pint-size daemonosaurus chauliodus, finally plugs the evolutionary gap between the predators of the Triassic period, and the theropods of the Cretaceous period.  Daemonosaurus is a small, buck-toothed lizard with giant eyes. While paleontologists have only discovered the head and neck of the creature, it's likely that it was about the size of a dog and walked on its rear legs.

His name comes from a trio of greek words -- "daimon" meaning evil spirit (because the bones were found in the Ghost Ranch fossil site in New Mexico), "sauros" meaning lizard and "chauliodus", which is derived from buck-tooothed.

The reptile's discovery, which is published in the Proceedings of the Royal Society B journal, also helps link two types of dinosaurs, over a hundred million year gap. There's always been a hole in the fossil record between the most primitive dinosaurs of prehistoric Brazil and Argentina, and the later theropods like Tyrannosaurus rex, which roamed the Earth in the years preceding the mass dino-extinction.

Anti-evolutionists are always going on about the "lack of intermediate fossils" to support their disbelief in evolution.  The fact is, the vast majority of fossils are intermediate forms, either the fore-bearers of modern species, or more likely segments of a dead branch of an evolutionary tree that we barely see the outlines of.  This fossil puts single point in a pretty big gap.


But daemonosaurus, who would have lived in the late Triassic period or even early Jurassic period -- when it was previously thought that primitive theropod dinosaurs had all died out -- fills this hole.

And why did they die out? 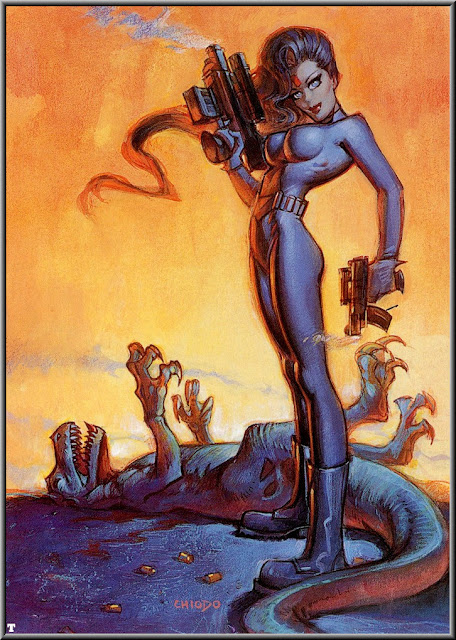 You didn't believe that nonsense about a giant meteorite did you?