WARNER ROBINS, Ga. -- Thirteen-year-old Chelsea Edwards says last weekend was the first time she ever tried her hand at a money-making venture.

The seventh-grader at Feagin Mill Middle School says it wasn't too long though before a couple showed up and soured her first business experience. "The man bent down and seen the money jar, and he grabbed it," Edwards says, recalling what happened Saturday.

Edwards says a man and woman had approached the stand she was running with her two friends. She says they started asking questions about the price of lemonade. That's when Edwards says the man reached down and snatched the jar of money she held between her legs.

"He flew in the car, and the girl was running after the car," Edwards says. 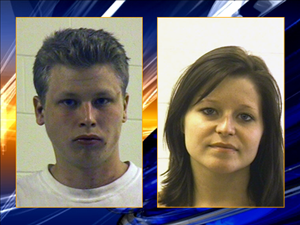 Pretty damn low, steals from a little girl, and abandons his own 'girlfriend'.  That man has a future in the IRS.  But wait, there's more.  The money was being collected for a sick cousin:

Logan is 2-years-old, developmentally disabled, and has a rare intestinal disorder.

His mother, April Varnadoe, says her son will be sent to the Cincinnati Children's Hospital this week for treatment.

She had been raising money to go with him, and her niece Chelsea was helping. "My husband is having to take off work. We're going up there together with Logan, facing something very serious," Varnadoe says.

This is truly human trash.