I Have Come to IndoctrinateYour Children Into My LGBTQ Agenda(And I’m Not a Bit Sorry). . . I am here to tell you: All that time I said I wasn’t indoctrinating anyone with my beliefs about gay and lesbian and bi and trans and queer people? That was a lie. . . . That is absolutely my goal. I want to make your children like people like me . . .
That is our job: to encourage people, especially children, to think differently about a subject than they do now.

Bergman is reportedly a “transman” (female-to-male transsexual) whose spouse, J. Wallace, is also a female-to-male transsexual. If either of them tomorrow declared themselves to be the resurrection of Napoleon Bonaparte, this would not surprise me because what else do we expect?They’re Canadians. Insanity rivals hockey as the Canadian national pastime, and far be it from me to interfere with the rights of insane Canadian lesbians to be as crazy as their fellow Canadians.

However, I do not believe my children should be required to “like” Canadian lesbians. In fact, hating Canada is a traditional American pastime rivaled only by (a) baseball, (b) football and (c) hating France.

But there's so little to hate in the Canadians! The funky midwest accent, and the "eh" for sure, but these days, they're more conservative and free market than we are. Do think if we conquered them, they could reconvert us?


When I went to check out Bergman’s timeline, s/he was ranting at Jeff Allen and, when I pointed out her Canadianism, she huffed: “I’m a US citizen, born in New York.” So she is a transnational transgender, an expatriate ex-woman and — for all we know — the resurrection of Napoleon Bonaparte. The question is whether we want these lunatics acting as “educators” teaching our children (or Canadian children or anybody’s children) what to think. Do you suppose that any school system in an urban liberal community would invite Republicans, NRA activists or conservative Christians to give presentations to young students to encourage the kids to “like” economic freedom, Second Amendment rights and traditional morality? Of course not.

“Tolerance” and “diversity” are always a one-way street or, to be more accurate, a highway that is proverbially “paved with good intentions,” and leading toward an infernal destination. . .

Have I plugged Stacy's new book "Sex Trouble" yet?  Only $1.99 (US) in Kindle, but $11.69 if you want to impress your friends by having some slightly naughty Victorian art on your coffee table. 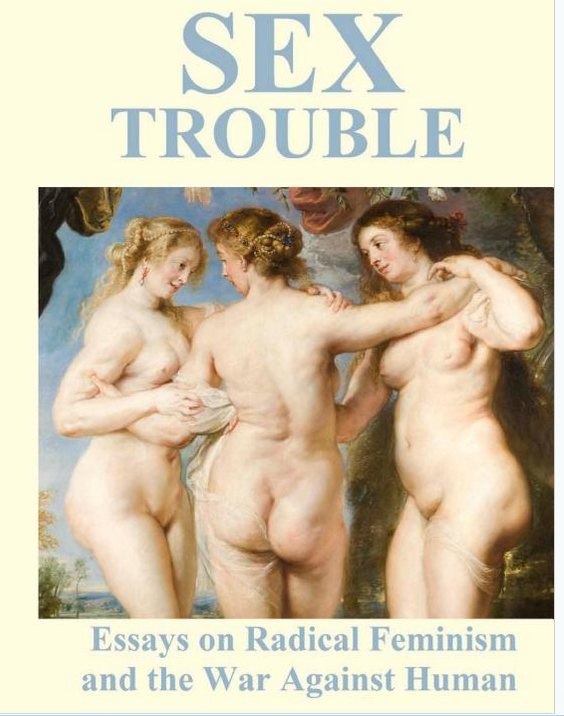