Time for another episode. First, Ronda Rousey Suspended Indefinitely From The WWE After She Attacked An Official, at Da Caller.


Ronda Rousey is suspended from the WWE indefinitely after video footage shows her attacking an official Saturday during SummerSlam at Nissan Stadium in Nashville.

Video footage shows Rousey, 35, throwing referee Dan Engler to the mats and maintaining her grip on the official moments after she lost the women’s title match to Liv Morgan. An announcer can be heard saying, “Rousey’s going to be fined, or perhaps worse!” 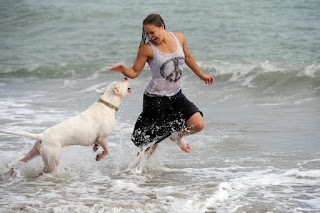 It's not nice to whack the referees around.

Often, certain events that transpire in the professional wrestling ring are staged, People noted. Suspensions that occur as a result of such pre-planned events are reportedly designed to give the wrestlers a break from competing.

The WWE issued a statement in response to the incident, stating they suspended Rousey from all upcoming events, the outlet reported. There is no word on whether or not she will return to the WWE.

At BIC, ‘The Lord Of The Rings: The Rings Of Power’ Actress Nazanin Boniadi Says Her Character Is An Activist, Credits Prime Video Writers For Giving Female Characters Agency


Actress Nazanin Boniadi, who plays Bronwyn in The Lord of the Rings: The Rings of Power, recently described her character as an activist while also crediting the Prime Video writers of the show for giving female characters agency.

Boniadi appeared at San Diego Comic-Con at the end of July where she talked to the media and specifically praised the writers on the show for giving female characters agency.

Boniadi said, “What I love about the writers on this show is that they have given every woman on the show, every female character, such agency.”'

“We don’t serve the men around us, we have a storyline and our own right,” she added.

How about giving old, dead white male J.R.R Tolkien for some credit?

At Da Mail, Slurring Anne Heche 'joked' about drinking vodka 'with wine chasers' and said she'd been having a 'very bad day' on podcast broadcast HOURS before '90mph' horror smash

A slurring Anne Heche joked about drinking vodka with wine chasers as she detailed how she's been having a 'very bad day' in an episode of her podcast that aired just hours before she crashed her Mini Cooper into a house.

In Friday's episode of Better Together, the 53-year-old actress appears to slur her words as she and co-host Heather Duffy tell the audience Refined - a vodka distillery which sponsored one of their shows - provided them with free alcohol.

'Dr. Rahm said that we should be drinking vodka instead of wine,' Duffy says, to which Heche adds, 'and we listened, and we are drinking it.' Duffy then reveals they are using wine to chase down the vodka, before Heche reveals: 'Today's been a very unique day. 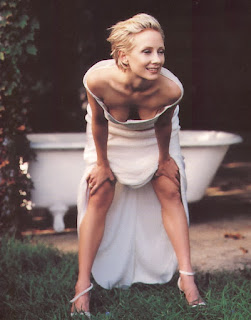 It remains unclear if the podcast was recorded on Friday, or if that is just when it aired.

But it came just hours before Heche pranged her Mini Clubman on a block of garages in Los Angeles around 11am Friday, before speeding off at up to 90mph and plowing 30 feet into a home.

She had earlier been pictured with what appeared to be a bottle of vodka in the cupholder of her Mini Cooper, and was filmed racing in her blue Mini Cooper down a Venice Beach road, which residents said she had circled several times that morning.

The video, obtained by TMZ, shows Heche gripping her steering wheel as she sped down the street at around 10.45am. The resident who took the video said it was actually the third time she circled the street, and on the second go-around people started screaming at her to slow down.

Nothing like having it all on video! Finally (for now, celebrity stupidity is an infinite well) Campus Reform reports Beyonce to remove this 'ableist' word found in university language guides from 'Heated'


Beyonce appears to be bowing to leftist activists by removing the word “spaz” from her newly released song, “Heated.”

In response to Beyonce's song, Hannah Diviney, a self-proclaimed disability activist and Editor in Chief of Missing Perspectives, called Beyonce out in a July 30 tweet, writing, “So @Beyonce used the word 'spaz' in her new song Heated. Feels like a slap in the face to me.”

Beyonce’s team confirmed to Variety that the word would be replaced with the word “blast” and that no harm was intended. Now, the lyrics to the hit song will read “Blastin’ on that a**, blast on that a**.” 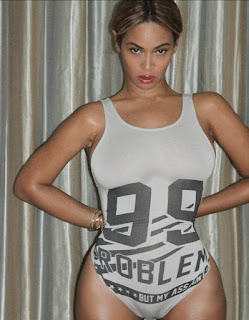 “The word, not used intentionally in a harmful way, will be replaced,” her team told Variety.

“Spaz” is often found on university language guides, which serve to dissuade college students from using terms that are purportedly problematic or hurtful.

Spaz is short for “spastic,” a medical term that describes muscle spasms. The National Institute of Neurological Disorders and Stroke defines “spasticity” as a “condition in which there is an abnormal increase in muscle tone or stiffness of muscle” and could impact movement and speech.

The word, however, has recently come under scrutiny by activists who say the word is offensive.

Back in my day 'spaz' was an epithet easily thrown between friends. Pretty soon, the only offensive word left will be conservative.