Bay Hypoxia Back to Normal

Data collected by the Maryland Department of Natural Resources (DNR) and Old Dominion University show that dissolved oxygen conditions in the Chesapeake Bay mainstem of Maryland and Virginia were mixed in July 2022, with early July hypoxic volumes well below average, and late July near average. The hypoxic water volume — waters with less than 2 mg/l oxygen — was 0.66 and 1.74 cubic miles during early and late July monitoring cruises, compared to historical early and late July averages (1985-2021) of 1.63 and 1.62 cubic miles. 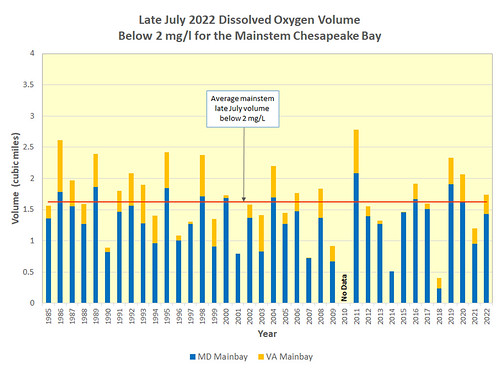 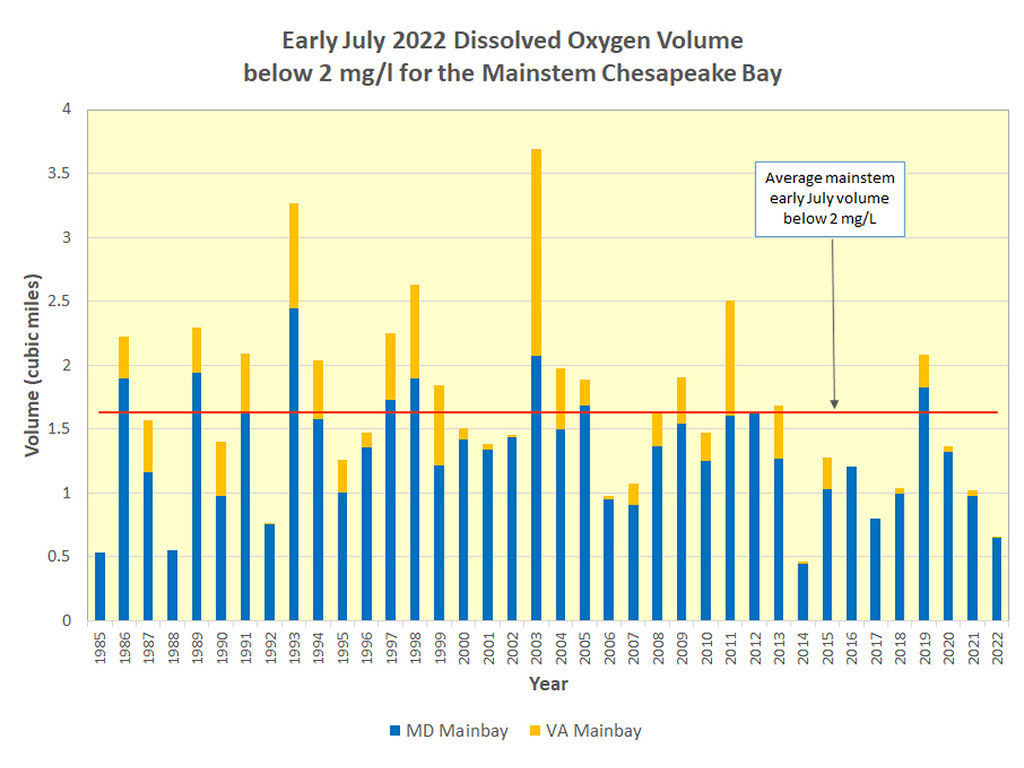 During their respective time periods, early July hypoxic volume ranked as the fourth lowest on record, while late July was near the historical median rank of the past 38 years. Additionally, a small volume of less than 0.1 cubic miles of anoxia (waters with less than 0.2 mg/l oxygen) was observed during early July, and 0.45 cubic miles of anoxia was reported in late July.

Hypoxia in early July was mostly confined to the Maryland portion of the Bay’s center channel, but expanded laterally across the Bay and farther south into Virginia in late July. Freshwater flow, as estimated by the U.S. Geological Survey, was below average in June 2022, which may have accounted for less inflow of hypoxia-inducing nutrients in early July. Estimates for the entire month were not yet available. Bay waters in late July exhibited greater vertical stratification and a broader range of water temperature and salinity — conditions which can prevent oxygen from reaching deeper waters.

See any progress? Me neither.