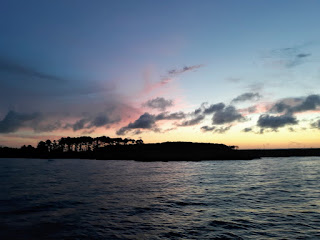 We (Bill, Tom, Ski and me) left Solomon's with Walleye Pete at 5 AM to get to the eastern shore at Hooper's Island before sunrise. 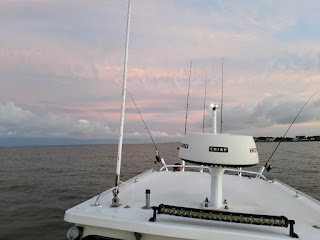 A few from the bow over the boat to the north. Our August cool spell continues, and we had cloud cover most of the day, which helps. 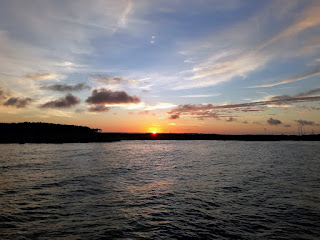 It took a few minutes for the fish to wake up, but they did, and we had a good topwater bite at Mike's Rocks for quite a while before moving on. 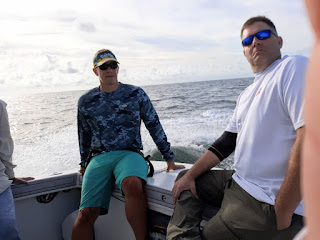 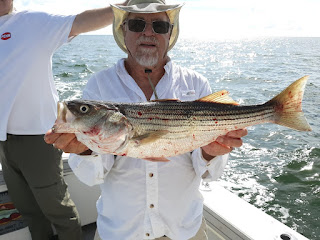 We robbed the fish box for these photo's. A striper that came from Mike's Rocks. 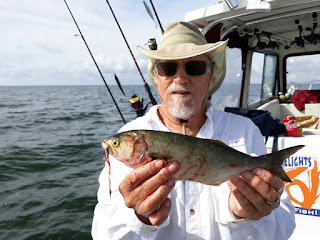 We were into a mess of Bluefish most of the late morning and early afternoon, following birds, and using the infamous run and gun technique, mostly using "heavy metal" type lures. It didn't really matter which, they snatched them all. We rather easily filled the box with a limit of 2-3 pounders. We could have easily filled the boat. 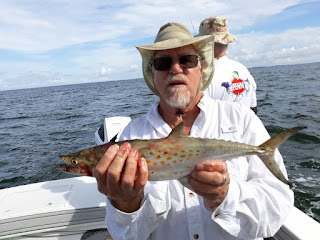 Mixed in with the blues were lots of Spanish Mackerel. We could easily see them jump out of the water, but they proved astonishingly elusive today. This was the only one to make it over the side.
Alas, the Bull Reds stayed hidden.