Fall Falls at the Beach 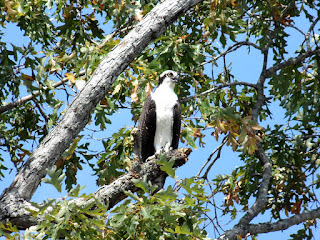 Some pictures from the last four days, not necessarily in order.

The Ospreys are still around, but it seems fewer every day. 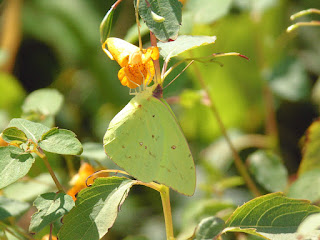 And a few butterflies; this is a Cloudless Sulphur on some Jewel Weed, a native species of Impatiens. 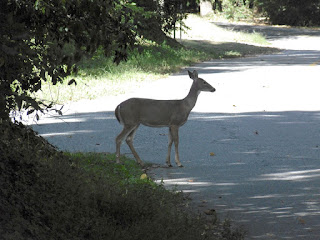 The local herd is still wandering the roads 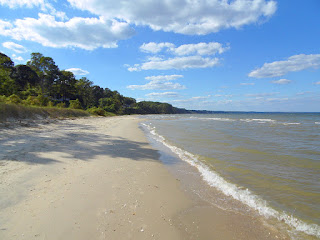 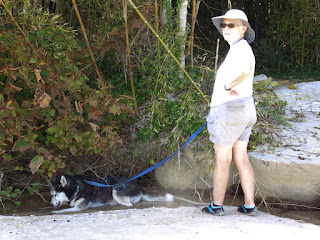 Georgia lets Skye get a cool drink in the stream between Calvert Cliffs and Matoaka Cottages. 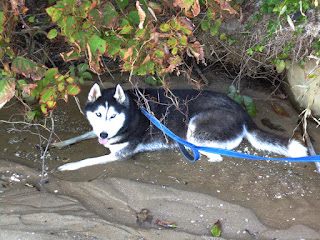 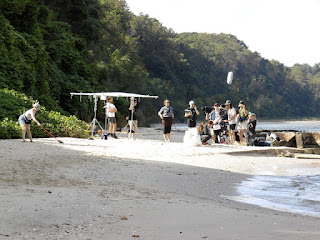 Yesterday, a film crew was at Matoaka, filming a fantasy sequence. They told me what it was, but I forgot what it was called. 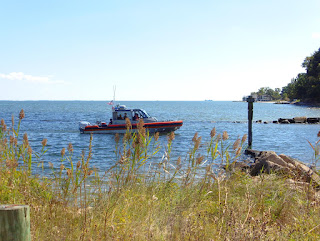 Today, a boat load of Coasties came into the harbor. I wonder what they were after. I hope they weren't low on gas. Nobody there to sell them any. 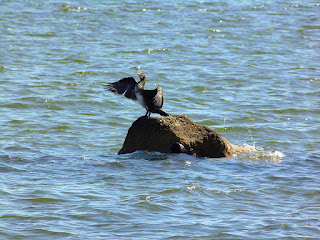 A Cormorant (Double Crested?), suns on a rock in the south jetty. 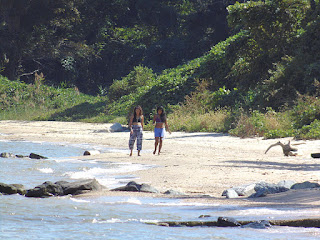 We weren't the only people on the beach, but almost.
Posted by Fritz at 4:18 PM