A Rhinoceros on the Beach 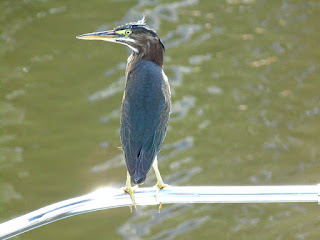 Skye and I left for the beach around 10.

A couple days ago, I had to rescue one of the Green Herons at the marina. It got its beak stuck into a dock line on this boat. The beak appears to have barbs on it to help it hold fish, and it penetrated a "fuzzy" section of the line and got stuck. It took me a minute or so figure out how to get it out; I actually had to cut some fibers holding the barbs. 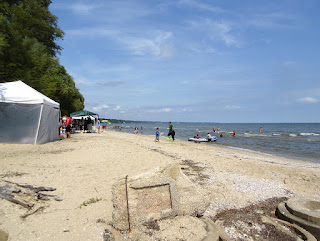 While our beach was all but empty, Matoaka Cottages beach, or at least the part of it close to the walk up, was pretty well used for the Labor Day weekend. So Skye got plenty of pets. 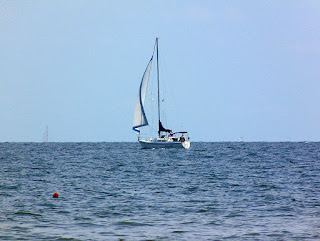 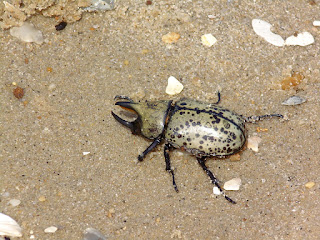 Something unusual on the beach; this Eastern Hercules Beetle, easily the largest beetle I've ever seen in the wild. They are also called the Rhinoceros Beetle, for obvious reasons. I think it washed in after landing in the water; it was moving, but not well 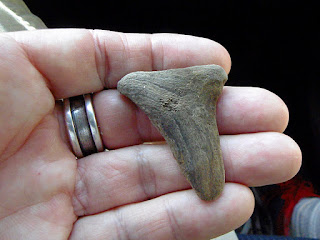 Georgia sprung this fake tooth on me back at the car. I even bought it for a second. Otherwise, a poor day for fossils, only one for me and four for Georgia.
Posted by Fritz at 5:31 PM