I speak of the FBI and The New York Times, and the men who damaged them, James Comey and Dean Baquet. It is no coincidence that Baquet’s newspaper became an errand boy for Comey’s corrupt team of G-men. Birds of a feather, you know.

They were united against Donald Trump. Both tried to block him from becoming president, and both tried to get him removed. And are still trying.

Ace reacts to the Angelo Codevilla article from yesterday in We Are Shocked To Discover That The Constitution Gives The President Authority Over Foreign Policy! Shocked!


I thought Obama was a sleazy prick who was not pursuing the best interests of the United States, but he was the president, so there wasn't much to do about that except vote him out of office. We tried and failed. My suggestion to the Democrats and the media (BIRM) is to try that tactic instead of all of the ridiculous crap you have been throwing around, hoping that some of it will stick. My anecdotal evidence suggests that most Americans, even my loony-liberal relatives don't give a shit about this kind of crap. 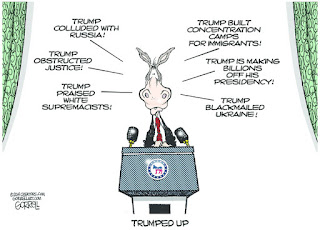 
You see, the problem with making the latest THIS WILL DO IN TRUMP! moment out of the President’s alleged attempt to investigate corruption by the Biden family is that it brings to the fore a scandal that the mainstream media has carefully covered up during the marathon of gaffes that has been Gropey J’s nomination campaign, i.e.that the Biden clan has obviously made a fortune exploiting HairPlug One’s elected offices. There’s no other explanation for their amazing success. Absolutely no one is thinking, “Well, the Bidens are a smart family of cunning and shrewd thinkers who totally could have scored these huge windfalls in Ukraine (and China too) even if Joe had not been a DC power-player for nearly 50 years.” 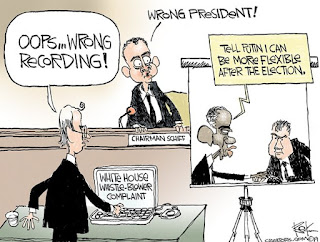 It may be a bit unseemly, but if this is all there is, then Trump has done nothing illegal.  And indeed, given, on one hand, the Deep State’s attempted coup against Trump, and on the other hand, the Deep State’s utter determination to ignore when possible, whitewash when not, the illegal acts and corruption of progressive political leaders, it is understandable why Trump would seek to have the Ukraine finish its own investigation into Hunter Biden.

Meanwhile at Just One Minute, Tom Maguire is Back In The Ukraine


No evidence has surfaced to support Mr. Trump’s claim that the former vice president intentionally tried to help his son by pressing for the prosecutor general’s dismissal. But some State Department officials had expressed concern that Hunter Biden’s work in Ukraine could complicate his father’s diplomacy there.

No evidence has emerged, which might be a predictable consequence of a quashed investigation. Then again, proving there is no evidence offers the usual challenge of proving a negative. Fun for everyone!

Beth Bauman at Town Hall, Yikes: Biden Loses His Cool With Fox News Reporter. How dare you ask my a hard question; don't you know I'm the DNC front-runner!" Ask the right question" 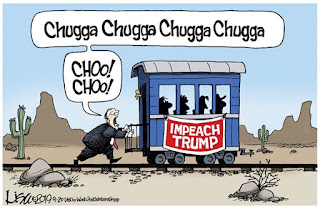 Jonathon Turley, Ukraine could badly damage both Donald Trump and the Democrats


While the inspector general concluded that this allegation fell within the whistleblower law, the Justice Department has a good faith basis to reject his interpretation. That law is intended to address mismanagement, waste, abuse or a danger to public safety by intelligence officials. The president is the ultimate intelligence authority, and there is little support to argue that a discussion between world leaders should be viewed as a subject of this law. After all, any intelligence official could claim that a president undermined national interests in discussions with another world leader. Trump has been denounced, perhaps correctly, for disclosing classified information to foreign figures, but he has total authority to declassify information for a good reason, a bad reason, or no reason at all.

Even if the law is viewed as covering these allegations, there would be a massive potential court fight over executive privilege. A conversation between two presidents is the ultimate example of a privileged communication. Indeed, the first assertion of executive privilege by George Washington concerned foreign relations communications underlying the Jay Treaty. Executive privilege, however, is not absolute. Indeed, in Richard Nixon versus United States, the Supreme Court rejected the argument of the president after recognizing the privilege.

Dems are notably apoplectic. AP, Democrats blast latest Trump crisis. But what will they do?, Politico, Trump Didn’t Bribe Ukraine. It’s Actually Worse Than That, Modo at NYT (cited at Hot Air), Has Trump Finally Gone Too Far?, Twitchy, Huge, if true: ‘Very reluctant’ Adam Schiff says the Rubicon ‘very well may have been crossed’ when it comes to impeachment, Slate, The Most Serious Clash Over Presidential Power Since Watergate "If initial reports are true, Trump committed a blatantly impeachable offense and the administration is challenging the entire concept of congressional oversight."