We decided to take a hike in the woods today, our last full day in the Sierras. We picked a short trail near Arnold, up above Murphys a few miles, up among thick Douglas fir, Ponderosa Pine, and Incense Cedar forests. 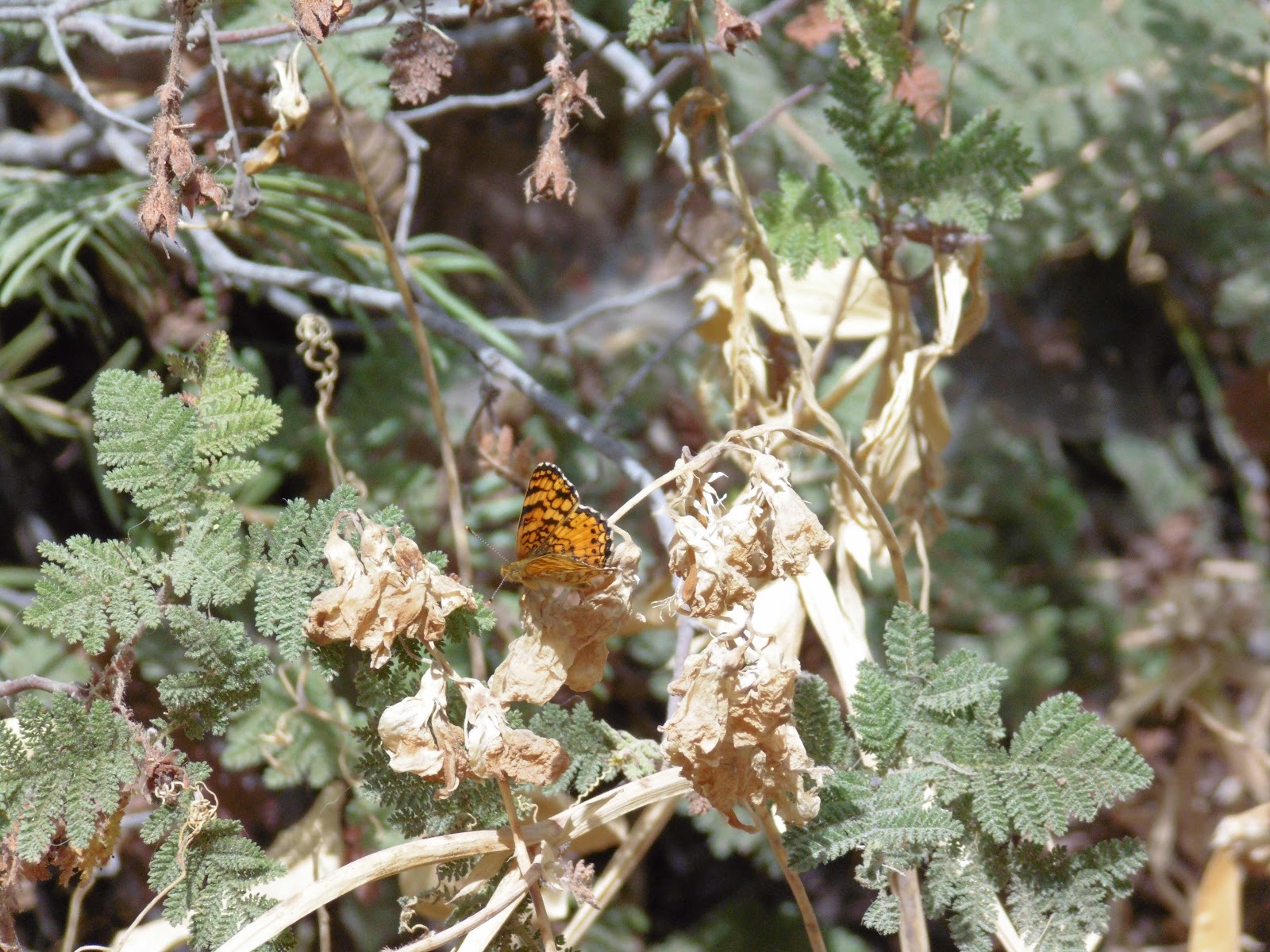 The weed of the day was Mountain Misery:

Mounntain Misery got its name from what many forest visitors consider to be an unpleasant combination of sticky leaves and a medicinal aroma. The shrub forms dense carpets in ponderosa pine and mixed-conifer stands in the Sierra, often covering extensive areas. Hikers walking through such tracts soon discover that the plant’s black gum sticks to boots and clothing. The resin makes Mountain Misery highly flammable, and it is among the several Sierra shrubs that invade recently burned areas. California’s Miwok Indians, who called the plant Kit-kit-dizze, drank a tea steeped from the leaves as a cure for a number of ailments.

According to Monika, Mountain Misery often interferes with rescues, because it can make search dogs nose blind, requiring a rest before resuming searches, which are apparently all to common in this area.

I had hoped the butterfly was a new species, but it appears to be an ordinary, common Pearl Crescent  However, we did see several California Sisters  a Common Ringlet or two, and a tiny blue of some sort. Sorry, no pics. 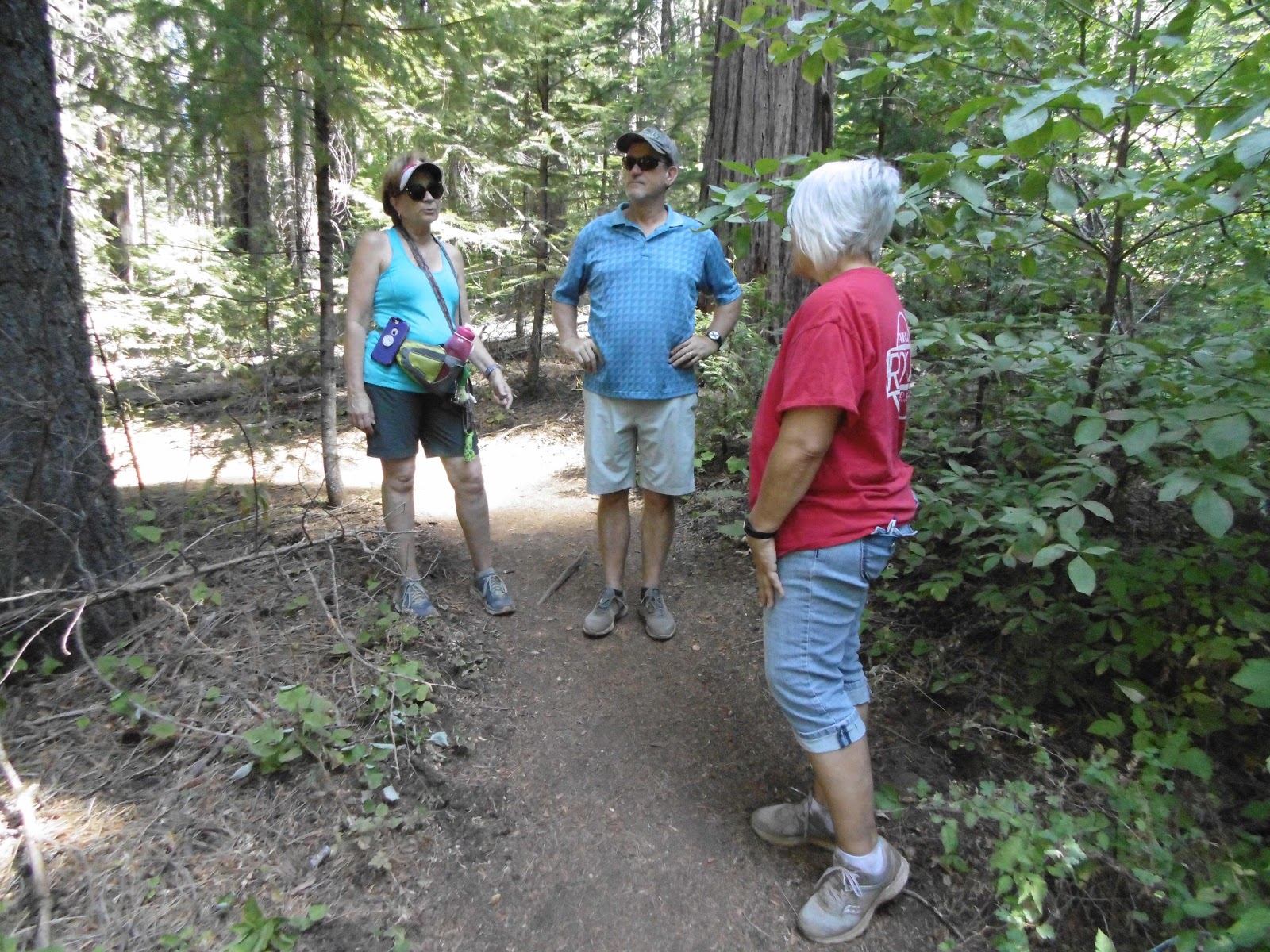 From the left, Brigitte, Mark, and Monika. 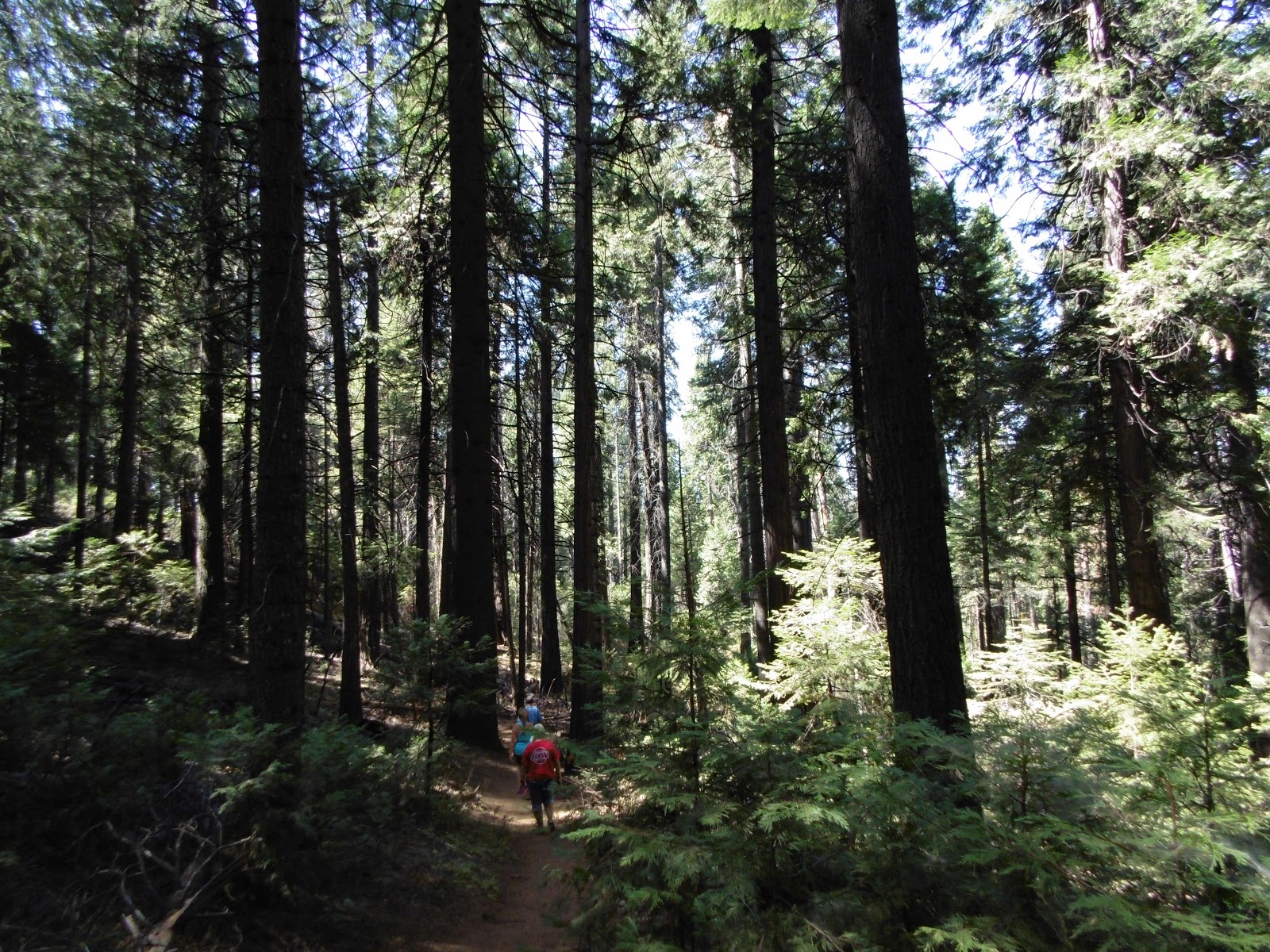 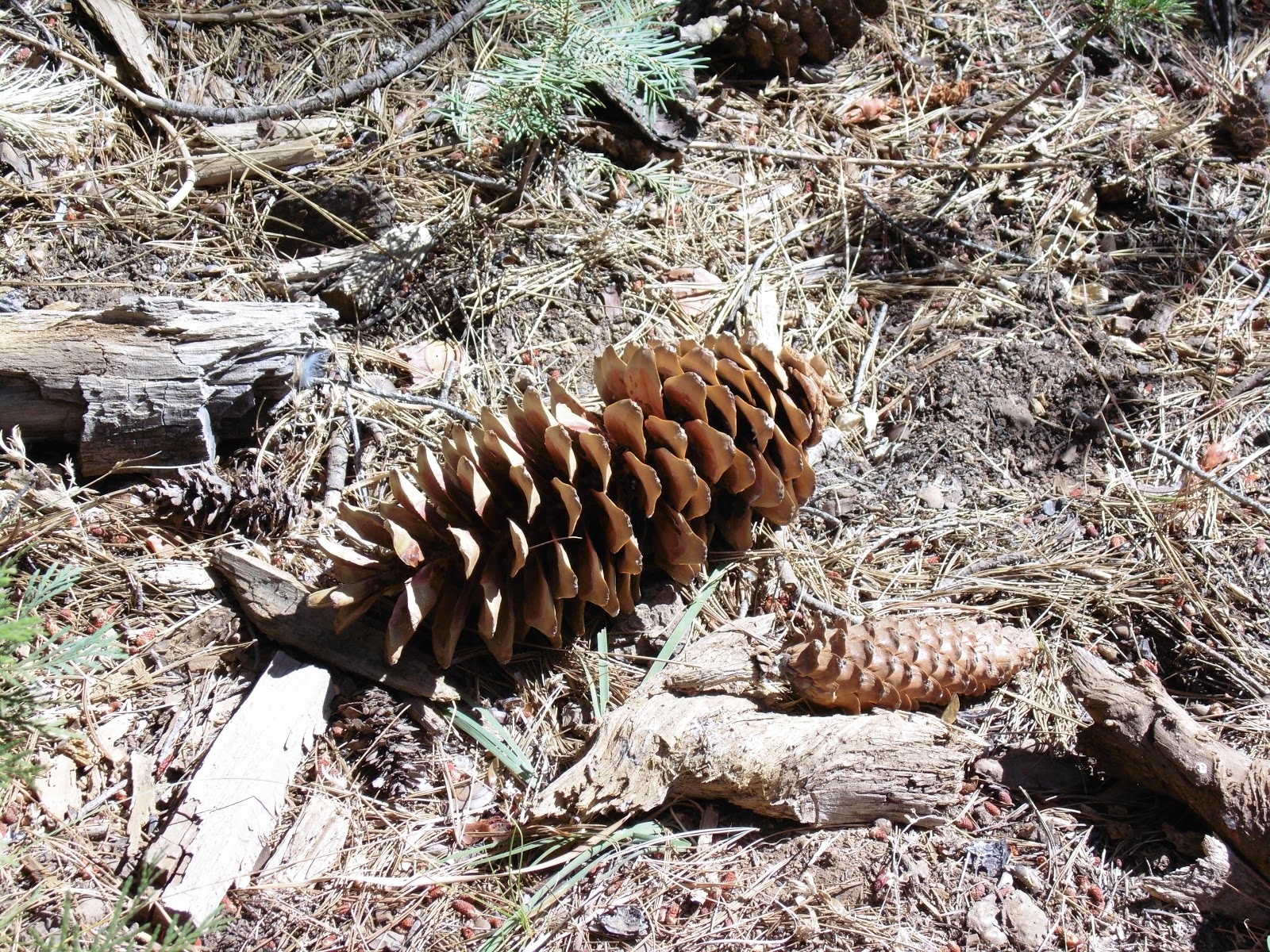 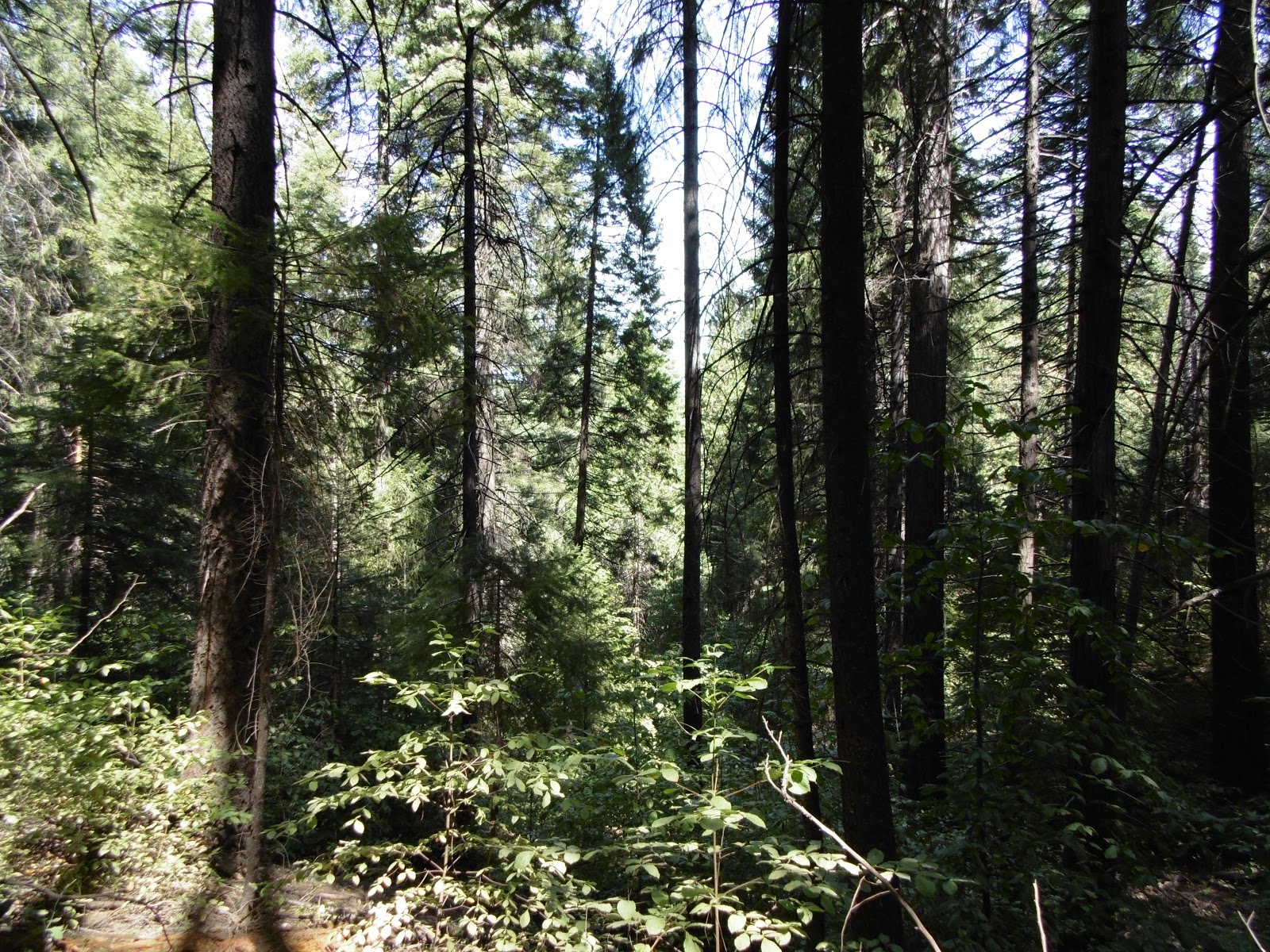