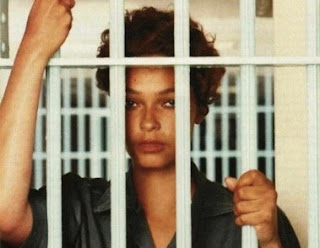 
Connvicted felon Donna Hylton, who once was a member of a group that kidnapped, raped and tortured an elderly man to the point of death, was a featured speaker at Saturday's pro-abortion and anti-Trump Women's March on Washington.

As reported by The Daily Caller's Peter Hasson on Thursday night: "Hylton, along with three men and three other women, kidnapped 62-year-old real-estate broker Thomas Vigliarolo and held him for ransom, before eventually killing him. As noted in a 1995 Psychology Today article, when asked about forcibly sodomizing the victim with a three foot steel pole, one of Hylton’s accomplices replied: 'He was a homo anyway.'" 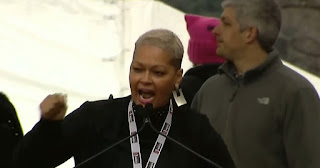 “I couldn’t believe this girl who was so intelligent and nice-looking could be so unemotional about what she was telling me she and her friends had done. They’d squeezed the victim’s testicles with a pair of pliers, beat him, burned him," said New York City Detective William Spurling, speaking of Hylton.

The felon/feminist hero apparently attempted to collect ransom money for the man after he had passed.

"Hylton delivered a ransom note to a friend of Vigliarolo’s asking for more than $400,000, even though the victim was already dead by that point. A 1985 article in The New York Times, which misspelled Donna’s last name as “Hilton,” put the ransom demand at $435,000," notes Hasson.

The feminist was eventually sentenced to 25 years in prison for her part in the vicious murder.

The tolerance of the left for violence is legendary, between Hylton, Ayers, Dohrn,  Mumia and Rivera.

Rosario Dawson is reported to be playing her role in a hagiographic movie based on her life "A Little Piece of Light."

But Donald Trump said "pussy"!
Posted by Fritz at 8:40 AM