We were tired of the whiny "humorists" in the media. Ann Althouse writes: SNL writer Katie Rich is "so sorry" for her tweet about Barron Trump but we are told that she's been "suspended."


Whatever that means. Not fired, I take it. Suspended. It's a gesture to the public. I assume she will recover.

The objected-to tweet — so wrong on so many levels — was: "Barron will be this country’s first homeschool shooter."

As usual, the best stuff is in the comments. As Stephen Green at Instapundit reminds us: 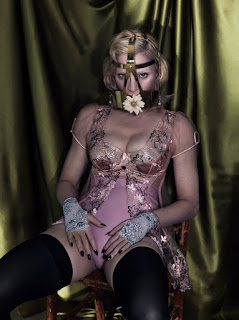 And who can feel sympathetic for Madonna (NSFW)  who, having said:

at the Women's "March" in Washington, seemed put out by the idea of the Secret Service taking an interest in her, tweeting out:

before deleting it. I mean it's not like a celebrity disgruntled with the election result has ever harmed the President before, Amiright?

Wombat-socho has "Rule 5 Sunday: Making Anime Great Again" and "FMJRA 2.0: Late Night With Crazy Horse Edition" up and running at The Other McCain.
Posted by Fritz at 8:36 AM