People in red states were tired of obstruction for the sake of symbolic environmentalism:Trump To Give Green Light To Keystone, Dakota Access Pipelines


President Trump on Tuesday is expected to give the go-ahead for construction of two controversial oil pipelines, the Keystone XL and the Dakota Access, a White House official tells NPR's Tamara Keith.

The pipelines had been stopped during the Obama administration. The State Department rejected a permit for the Keystone pipeline from Canada, and President Obama ordered work halted on the Dakota pipeline after Native American groups and other activists protested its route near culturally sensitive sites in North Dakota.
. . .
In remarks to automakers on Tuesday morning, Trump proclaimed himself an environmentalist, but added, "It's out of control, and we're going to make a very short process, and we're going to either give you your permits or we're not going to give you your permits, but you're going to know very quickly." 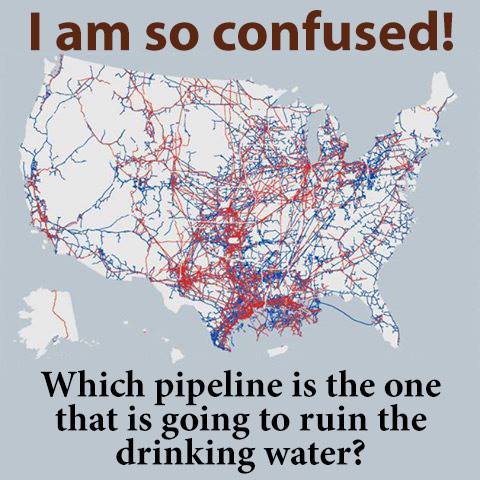