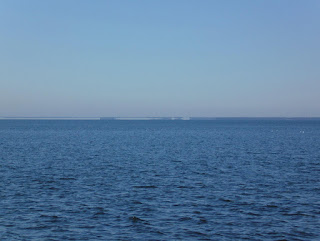 I took off exercise this morning to go fishing with Ron (One Fish, his internet moniker). There was almost no wind to start with, and though it was only 43 F, it was pretty nice out, with the right clothes. 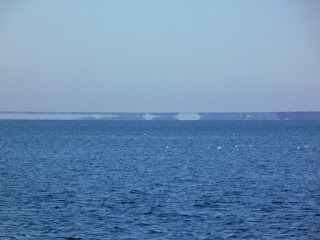 The lack of wind initially set up conditions for a mirage. The Eastern Shore was stretched up into a "Bridge to Nowhere", technically a Fata Morgana mirage. The ducks in the foreground are Oldsquaws, also called the Long-tailed Duck for the PC. 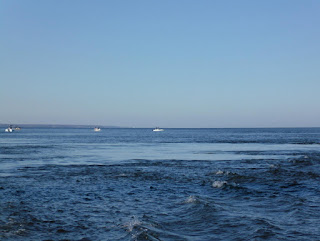 There were quite a few other boats. When we arrived we made it nine, but as the day wore on, more left than stayed, and when we left there was only one other. 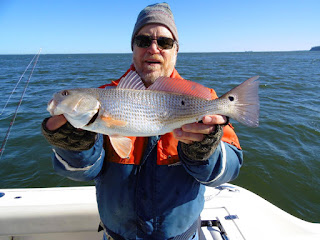 Fishing was slow, for four hours dedicated jigging, we only managed seven fish apiece, and none of them especially large. I did get this small Red Drum (aka Redfish or Channel Bass).  Pretty cold out there for Reds. It was a couple inches short of legal size so back it went. 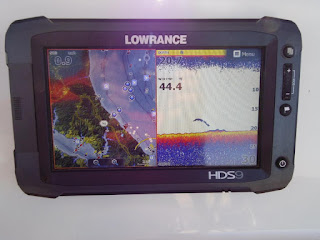 Look, there's one! Catch it. 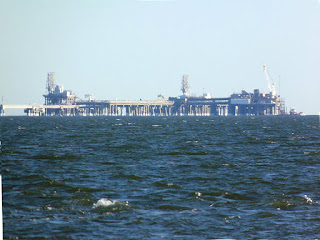 A shot of the Gas Docks with the long lens. It got pretty windy from the south, and drove us home.
Posted by Fritz at 5:37 PM