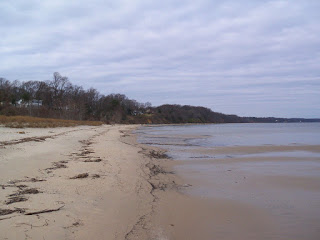 Late morning came around, the wind was down, the tide was down, so we decided to take a long walk down the beach with Skye. Someone had removed a bunch of logs in the way, so we were able to walk down as far as Western Shores (we stopped a little short). 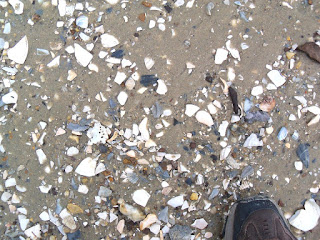 Despite the low tide, fossil hunting wasn't particularly spectacular. Do you see the tooth in it's native habitat? That's what you need to see while being towed down the beach. 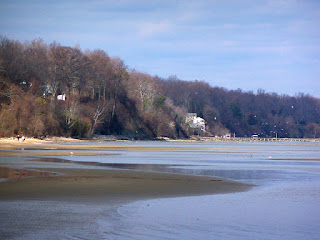 The pier at Western Shores in the distance. 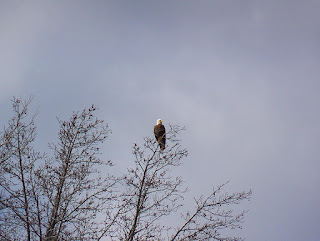 One of the local Bald Eagles gracing a barren tree. 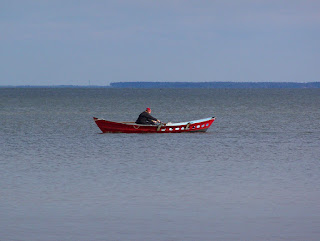 The rowing man rowed his boat down the shore next. I think he goes out every day. It's harder to find shark's teeth that way, though, and the dog doesn't get much exercise. 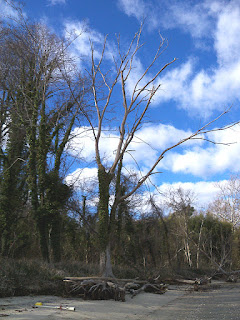 A tree, now dead, with it's roots undercut by the bay. 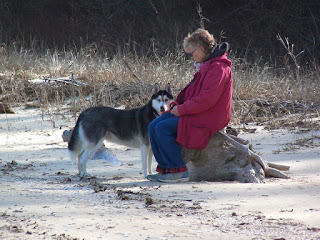 Skye and Georgia waiting for me to catch up. 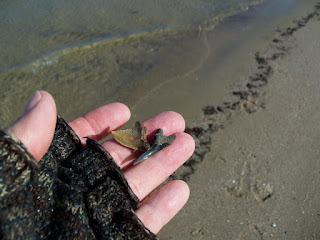 The best of the shark's teeth for the day. Two Snaggletooth teeth, one an upper (the brown hooked triangular one, and a lower, the gray, pointy one). Georgia found both of them. All in all we got 17 shark's teeth, one drum's tooth, one complete ray chevron, some beach glass and beach lace, a lump of coal, and . . . 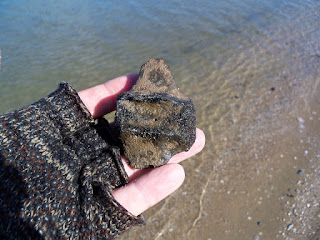 This dolphin or whale vertebra. A little worn an broken, but not bad for 10 million years or so.
Posted by Fritz at 4:39 PM