Is Alzheimer's A Side Effect of Human Intelligence?


Alzheimer’s disease may have evolved alongside human intelligence, researchers report in a paper posted this month on BioRxiv.

The study finds evidence that 50,000 to 200,000 years ago, natural selection drove changes in six genes involved in brain development. This may have helped to increase the connectivity of neurons, making modern humans smarter as they evolved from their hominin ancestors. But that new intellectual capacity was not without cost: the same genes are implicated in Alzheimer's disease. 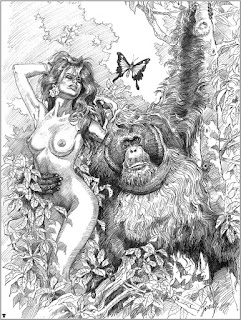 It's not uncommon for rapid evolution of a trait to have side effects that are less than ideal, as long as the trait being selected for is beneficial enough to overcome the downsides. Hence the appendix (well, maybe; there's some thought that it serves as a reservoir for good gut bacteria), and wisdom teeth. The evolution of fair skin left a lot of us more susceptible to skin cancer, too.

Kun Tang, a population geneticist at the Shanghai Institutes for Biological Sciences in China who led the research, speculates that the memory disorder developed as ageing brains struggled with new metabolic demands imposed by increasing intelligence. Humans are the only species known to develop Alzheimer's; the disease is absent even in closely related primate species such as chimpanzees.

Tang and his colleagues searched modern human DNA for evidence of this ancient evolution. They examined the genomes of 90 people with African, Asian or European ancestry, looking for patterns of variation driven by changes in population size and natural selection. 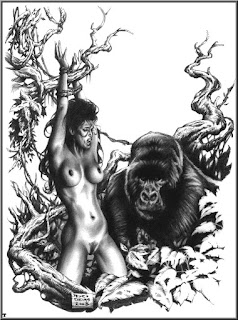 In the near future, there will be so many human genomes available that such studies will be a matter of programming a computer to search the records and assemble the data. Interesting times.


In this way, the researchers looked back at selection events that occurred up to 500,000 years ago, revealing the evolutionary forces that shaped the dawn of modern humans, thought to be around 200,000 years ago.

Given that Alzheimer's occurs in older individuals, in most case long past their reproductive age, evolution would have a difficult time working on it in humans. If the increased brains made them fitter while in their reproductive and child rearing ages, it's benefits would outweigh the disadvantage of the old folks (who might serve as baby sitters, and fonts of knowledge) going dotty in their later years. In any event, during prehistory, it was unlikely for a human to survive disease, disaster, homicide and predators long enough to die of Alzheimer's.

Wombat-socho checks in from his new home town with "Rule 5 Sunday: Welcome To Las Vegas."
Posted by Fritz at 6:00 AM