Even the president's home state, that progressive wonder of palm trees swaying in a gentle tropical breeze, and cute women in bikinis on surf boards, is having trouble with implementing the law: Hawaii abandons troubled state ObamaCare exchange after feds gave it the old thumbs down.


Hawaii is taking its troubled ObamaCare insurance exchange off life support, the governor’s office announced Friday, the latest addition to a growing number of state exchanges forced to close after operations became unsustainable. 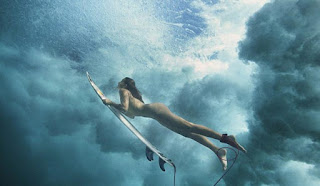 The once-highly praised Hawaii Health Connector has been “unable to generate sufficient revenues to sustain operations,” Gov. David Ige’s office said in a statement. The federal Centers for Medicaid and Medicare Services (CMS) informed the exchange last week that federal funds were no longer available to support long-term operations.

“The state is working with the Connector and CMS to determine what functions can be transitioned to state oversight to ensure compliance with the Affordable Care Act (ACA) by the next Open Enrollment in November 2015,” Ige said. 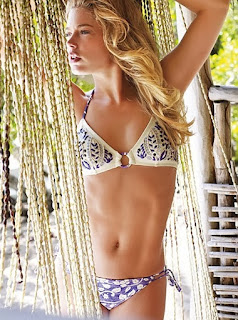 Ige said that Hawaii will maintain a Supported State-based Marketplace in which the state would provide local customer support.

Grant funds had been restricted in March after the exchange told officials it was not in compliance with the Affordable Care Act, commonly known as ObamaCare, due to fiscal instability and tech issues.

The shutdown comes after federal taxpayers dropped more than $200 million into the exchange, which critics called a waste of taxpayer money.

So, can you see why rational states might not want to opt in to create their own exchanges? It doesn't seem to be as easy as they hoped.

So Congress should race to fix it, right? Oh, wait: McConnell: Obama will veto any ObamaCare backup plan we pass

But McConnell said in an interview on the Hugh Hewitt Show Thursday night that this planning could be moot.

I doubt if that's strictly true. If in some moment of insanity, Republicans proposed and passed single payer, I'm sure he would be happy to sign it.


He pointed instead to the states where governors could set up their own exchanges to keep the subsidies flowing. However, some Republican governors have indicated they are reluctant to do that.

“What I think he’ll probably do is veto anything we send him and put the pressure on the states to cave and turn established state exchanges in place of federal exchanges, thereby making them eligible for subsidies,” McConnell said. “I think he’s going to put the heat on the governors who have, in my view, wisely decided not to go along with this new game plan, either with the Medicaid expansion or with establishing a state exchange.”

And look at Hawaii (and Oregon and Maryland) as examples of the ability of states to manage such markets. As Elizabeth Price Foley notes at Instapundit "HE’D RATHER BLAME REPUBLICANS THAN FIX IT"

Wombat-socho checks in from the heat of Las Vegas with "Rule 5 Sunday: Showgirls and Other Attractions."