Just In the Nick of Time 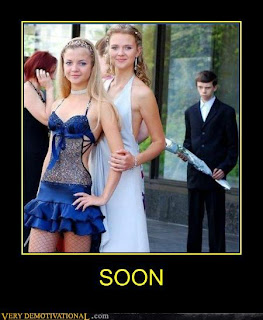 
The hammer on Valentine’s Day came down swiftly and achingly last year at Walkersville Elementary School near Frederick.

Because of what she called “inappropriate interactions between boys and girls in the classroom,” Principal Stephanie Brown canceled Valentine’s Day inside the corridors of her otherwise agreeable educational institution.

No cards. No decorations. No party. 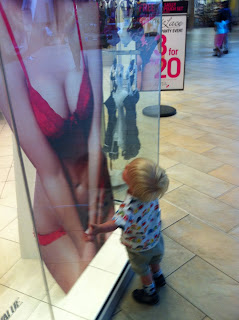 Yep, little kids (and elementary school kids are little kids) can be awful, but they're awful at everything.  That's why they need training.  It's no reason not to do something, and in fact, in may be a reason to do it anyway, as a lesson.  I got at least one dressing down over a Valentines Day offense in grade school (5 th grade IIRC).  See, it made an impression on me.

“The Scrooge of Valentine’s Day is alive in Walkersville,” a parent wrote in a letter to the Frederick News-Post.

Anyway, after being lambasted, the Principal Brown (who was probably an ugly girl and never got any valentines or candy) relented and allowed the Valentines Day celebration:


Assistant Principal Diana Sargeant has decreed, according to the Associated Press, “that students can exchange valentines as long as no food or candy is attached.”

Valentine’s Day has been liberated.

It was not clear from the brief report why the school’s leadership suddenly backpedaled on last year’s scrooginess, but let’s not dwell on the past.

Let us rejoice that Walkersville Elementary students can once again partake in a sweet (but not, in this case, sugary) ritual going back to the days when their parents walked uphill in the snow to and from school.

There is, however, one important stipulation for this year’s celebrations: Any student who distributes valentines must allocate one for every child in the class.

Actually, I'm kind of shocked that Valentine's Day has survived the purging of all religious references from public school, it is after all, descended from the Celebration of Saint Valentine by the early Catholic Church.  He appears to have been a fairly nebulous saint, however.


Saint Valentine (in Latin, Valentinus) is the name of several (14 in all) martyred saints of ancient Rome. The name "Valentine", derived from valens (worthy, strong, powerful), was popular in Late Antiquity. Of the Saint Valentine whose feast is on February 14, nothing is known except his name, that he was buried on the Via Flaminia north of Rome on February 14, and that he was born on April 16. It is even uncertain whether the feast of that day celebrates only one saint or more saints of the same name. For this reason this liturgical commemoration was not kept in the Catholic calendar of saints for universal liturgical veneration as revised in 1969. But "Martyr Valentinus the Presbyter and those with him at Rome" remains in the list of saints proposed for veneration by all Catholics.

Wombat-Socho at the Other McCain includes this and many other Rule 5 posts (some of them mine) in his weekly collection, "Secret World."