Rule 5 Saturday - A Rose By Any Other Name - Rose McGowan 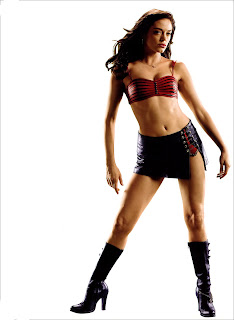 I was sitting here are the computer, half listening to the TV on Thursday evening, wondering what to do about Rule 5 Saturday.  You know, life can be really tough sometimes.  But just as I was losing hope, "Planet Terror" (2007) came on.  A masterpiece of camp, it starred Rose McGowan as  Cherry Darling, the "Go Go dancer" turned machine gun legged zombie killing machine. 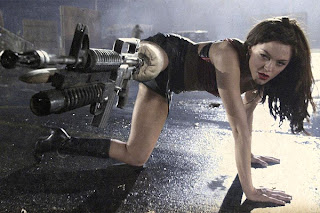 From her first role in film in 1992 (Encino Man) to the 2011 remake of "Conan the Barbarian, Rose has starred in 26 films.  That's keeping pretty busy.  She is probably best known for her role as "Paige", Shannon Doherty's replacement in "Charmed", the off brand TV show about a trio of witches in San Francisco, a stint that lasted from 2001-2006 and 112 episodes. 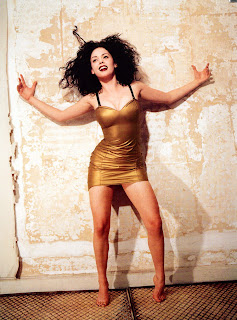 Born in Italy, to American parents who ran an odd cult called "children of God", she bounced around Europe growing up, but moved back to the US for a few years before divorcing her parents and pursued a career in modeling and acting.

At this point, she has one movie (Rosewood Lane) in the can, and three more in the works, so we probably haven't seen the last of Rose.

That's all I got.  More pictures of Rose below the leap: 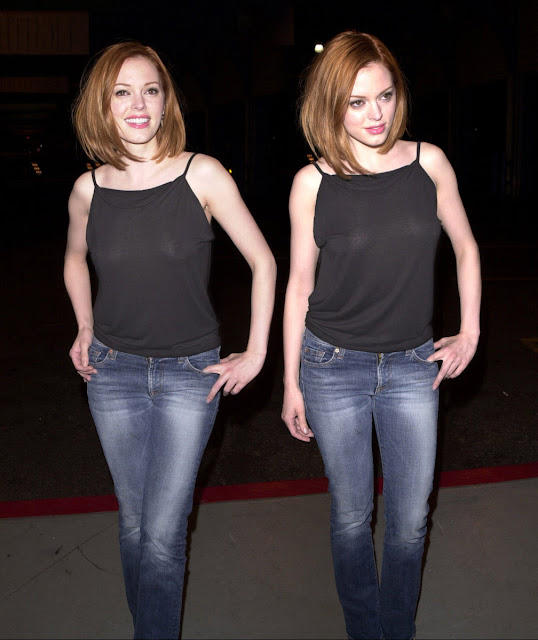 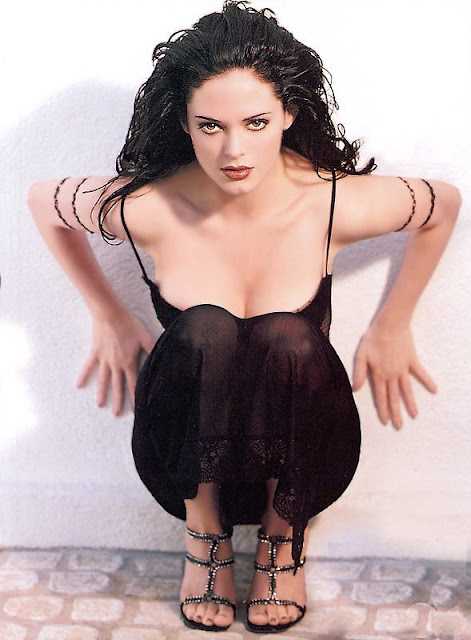 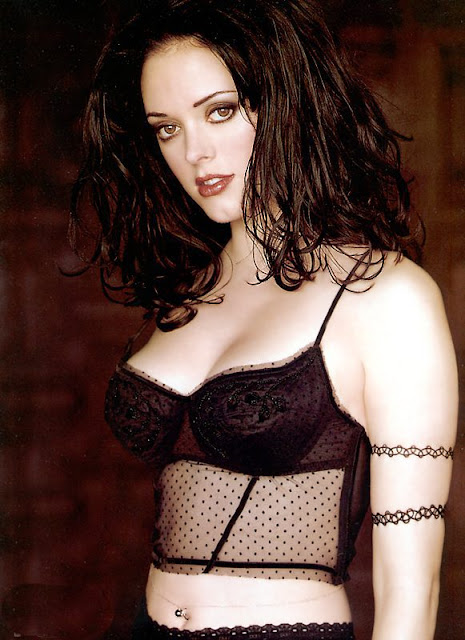 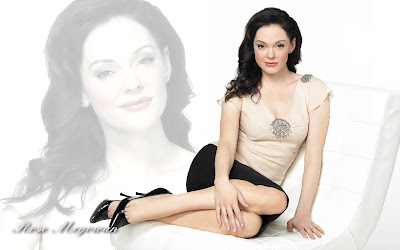 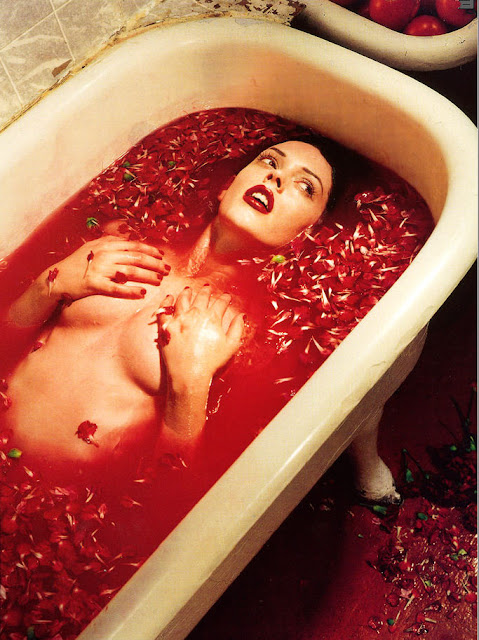 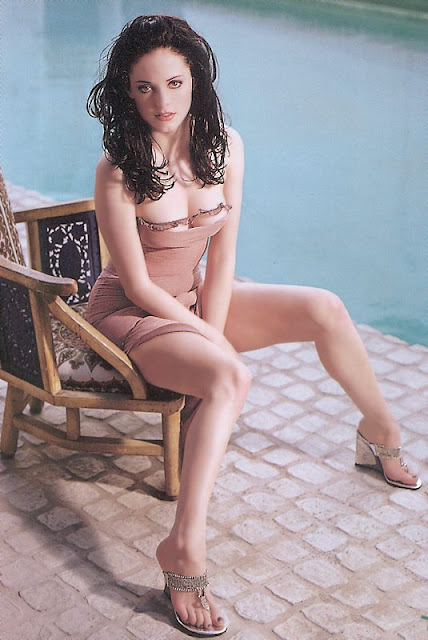 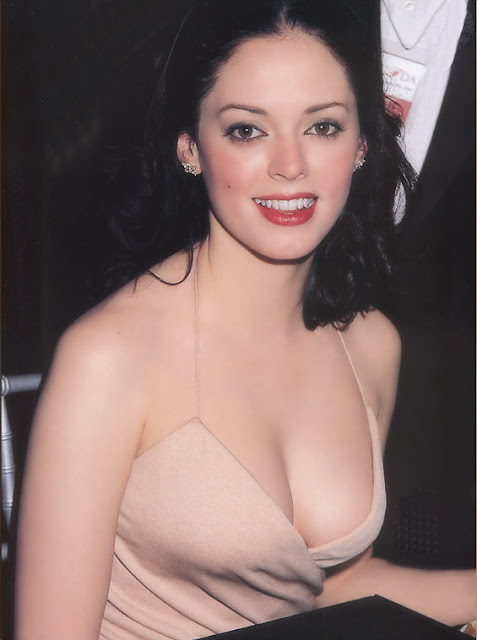 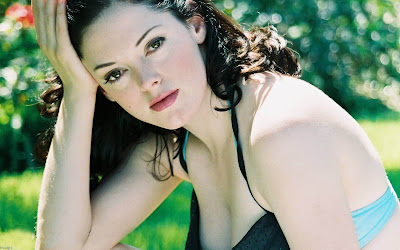 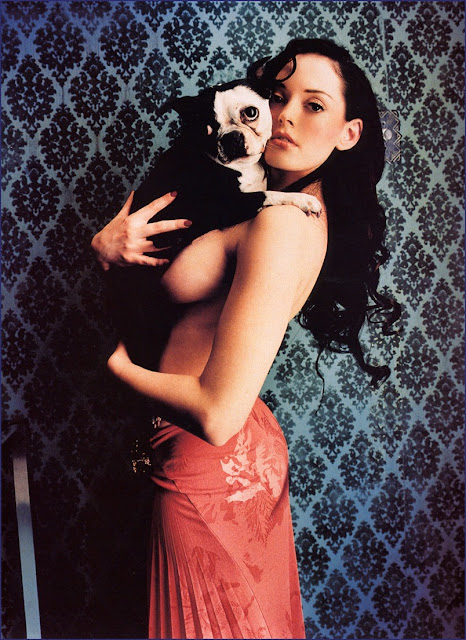 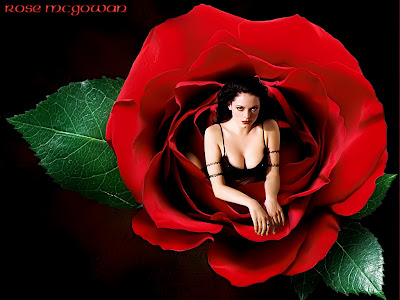 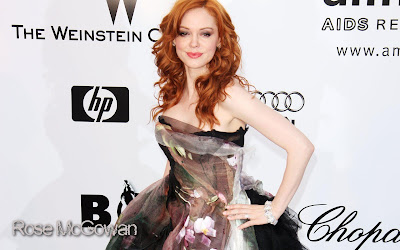 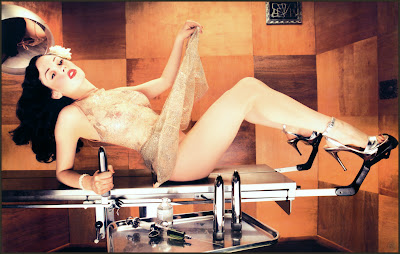 Ted, over at A Man, a Dog and a Gun has Janis Joplin this week. DaleyGator has the usual DaleyBabe, Carissa Rosario ,  Mei-Ling learning to ride a Harley and the Weekend Link-around. William Teach at Pirates Cove has another "If All You See...".  Maggie at Maggie's Notebook appropriately enough has "Danica Patrick at the Pole Position."  Meanwhile, the Reaganite Republican is featuring Miss Kosovo 2012, Aferdita Dreshaj.  And at last, a flu-wracked Wombat-Socho puts up his giant list of Rule 5 Posts on "Rule 5 Wednesday" at The Other McCain.  The Classical Liberal also included this in his weekly Rule 5 linkfest.
Posted by Fritz at 6:00 AM