Great Whites Taking a Bite Out of Sea Otters 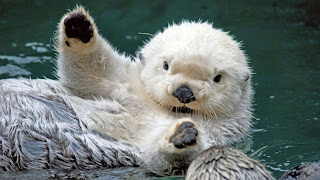 
For reasons still a mystery to scientists, the number of sea otters killed by sharks has soared in recent years, with great whites as the leading suspects. "It's been very dramatic," said Tim Tinker, a Santa Cruz-based wildlife biologist with the U.S. Geological Survey. "It's having the biggest impact on population growth of any factor." 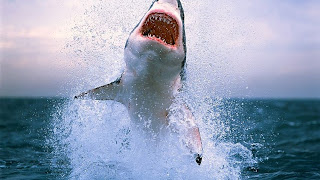 In the mid-1990s, about 10 percent of the dead sea otters found along the California coast had shark bites. Today, it's about 30 percent -- and growing -- to the point where shark attacks now represent the largest hurdle to the otters' recovery from the endangered species list. Last year, 70 sea otters bearing the telltale signs of shark attacks washed ashore between San Mateo County and Santa Barbara.

And not only that, they seem to be killing them and not eating them, much as great white shark attacks on humans are often thought to be a case of mistaken identity, with sharks attacking people hoping for seal and being disappointed with mere human flesh.


Among the carcasses with clear shark bite wounds, some have teeth from white sharks embedded in their bodies. Others have scratch patterns on bones that match the serrated edges of white shark teeth. Still others have bite marks in the half-moon pattern of shark jaws.

"We have found some that have survived," Tinker said. "But I don't think it's a very large percentage. I would guess 80 to 90 percent of the time it's lethal."

I would think so; these sharks can do massive damage to large Elephant Seals, a little Sea Otter would seem like a mere chew toy.  Curiously, a leading theory to explain the rise in attacks on otters is an increase in the Elephant Seals: 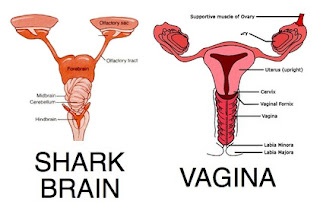 One leading theory, Tinker said, is that the populations of sea lions and elephant seals -- the marine mammals that white sharks regularly eat -- have grown in recent decades, expanding to new places. Sharks might be changing their hunting patterns and accidentally biting sea otters, mistaking them for seals and sea lions, and then leaving them to die.

I would seem like quite a stretch to confuse a Sea Otter with an Elephant Seal, but honestly, fish aren't all that thoughtful.  You should see some of the weird things people catch them with.
Posted by Fritz at 1:40 PM