Putting Carla On a Pedestal 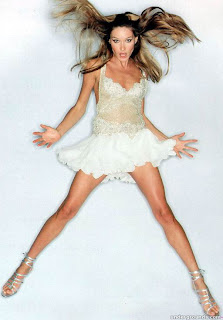 Carla Bruni-Sarkozy to be immortalized in 6ft bronze statue

Following in the immortalised footsteps of Joan of Arc, General de Gaulle and Marianne – the full-figured, flowing-haired female symbol of the French republic who graces Gallic public buildings – the president's wife is being cast as a six-foot bronze statue.

But the €80,000 effigy, partially funded by taxpayers' money, has caused outrage in the Paris suburb of Nogent-sur-Marne, population 30,000.

No word on whether or not the statue will be in the nude.  Past history suggests that Carla has no particular issue with that. 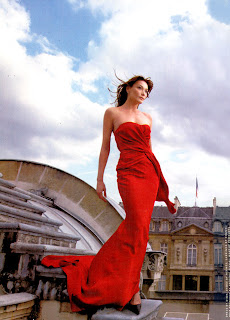 The idea of putting Bruni-Sarkozy on a pedestal comes courtesy of Jacques JP Martin, the local mayor and a member of Nicolas Sarkozy's ruling right-of-centre UMP party.

Martin says he came up with the idea of Bruni-Sarkozy symbolising a "plumassière" – a female worker from one of the area's former feather factories – to pay tribute to the local Italian community. Bruni-Sarkozy was born in Italy.

More than half the cost is being met out of public funds. A property company is paying the rest.

Sucking up to the Boss and the bosses wife has been a good idea down through herstory... 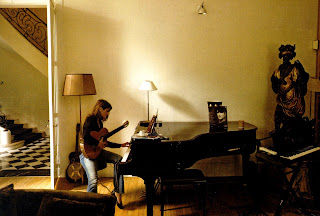 William Geib, of the opposition Socialist party, said the statue was inappropriate. "It's sad for the women who were employed in this job. Carla Bruni must have seen more ostrich features on the catwalks than in a factory." 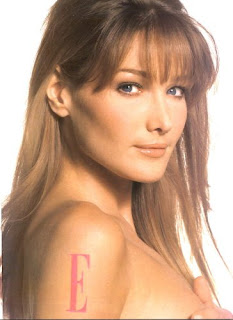 A socialist who suggests that an artistic stimulus project like this is inappropriate, especially if it's nude?? French socialists must be more conservative than American ones.


Marc Arias, an independent local councillor, claimed the council was not told the statue would be modelled on Bruni-Sarkozy. "This small detail was not specified during the budget vote," he said.

A spokesperson for the first lady said suggestions of a personality cult were rubbish. "Carla isn't Joan of Arc or General de Gaulle," she said. "Carla is a former model … she receives numerous artistic requests."...

However, the statue may be out of date even before it is installed. It is due to be unveiled in May around the time of the presidential second-round runoff in which, polls suggest, Nicolas Sarkozy is heading for defeat.

Wombat-Socho at the Other McCain includes this and many other Rule 5 posts (some of them mine) in his weekly collection, "Secret World."
Posted by Fritz at 7:05 PM