Since my last compendium of absolutely ridiculous sex articles, I've been saving up a new set.The stories have been coming with some regularity, and I've quite a number of  them begging for another romp through the weeds.  Remember, some of this crap may even be true...
Like this first one, The Woman with Two VeeJayJays

Hazel Jones, a 27 year old woman from High Wycomb in the UK has, for some inexplicable reason (could it be money, or is she just an attention whore?), gone public with her condition, uterus didelphus, a divided uterus, which in her case resulted in a divided vagina as well, a condition which is surprisingly common, about 1 in 3,000 women.  Heather went on TV to talk about it, and even had a video made featuring the feature in question (don't get that excited, it's pretty clinical and not at all pretty) but apparently refused a million dollar offer to appear in porn.


'If women want to have a look, I'm quite happy to show them, it's not something I'm embarrassed by.'

Hazel went to the doctor after her long-term boyfriend told her she was 'different' in the genital area. 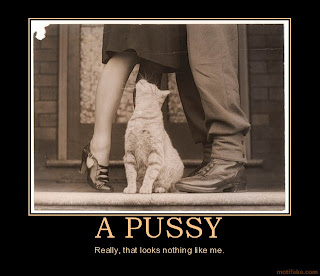 Well, then, we're all happy for you.  Go forth and bifurcate multiply.

Men can tell a woman's periodicity from the sound of her voice...


“Are you on your period?” It’s a question most women have been asked at one point or another by their boyfriend or spouse during a disagreement. It turns out that some men actually can tell when it’s a woman’s time of the month—and it’s not because of bratty behavior. 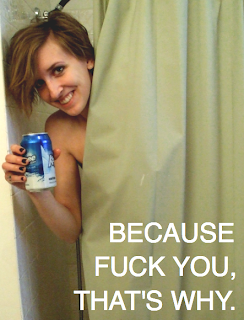 In a study published online last month in the journal Ethology, psychologists Nathan Pipitone at Adams State College and Gordon Gallup at SUNY Albany asked three groups of men to listen to voice recordings of 10 women counting from one to five. Each woman was recorded four times over the course of one full menstrual cycle. After the first group of men listened to all four recordings from each woman, played in random order, they were asked to guess which recordings were made during the women’s periods. The men had a one in four chance of guessing correctly, but they actually did so 35 percent of the time, a significant difference, the researchers say.

It doesn't seem like a very significant effect, though.  I'd hate to have to bet my life on it.
Sexual satisfaction highest in oldest, youngest women, study says

A study published Tuesday in the American Journal of Medicine found that in a group of more than 800 women between age 40 and 100, those under 55 and those over 80 were most likely to declare themselves satisfied with their sex lives. And almost half of women who had not had sex in the past month said they were sexually satisfied as well. 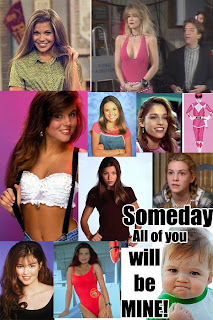 The "male warrior" instinct means that men are programmed to be aggressive towards anyone they view as an outsider, a study claims. In evolutionary terms an instinct for violence against others helped early men improve their status and gain more access to mates, but in modern terms this can translate into large-scale wars.

In contrast women are naturally equipped with a "tend and befriend" attitude which means they seek to resolve conflicts peacefully in order to protect their children, researchers said.

The study, published in the Philosophical Transactions of the Royal Society B, is a review of evolutionary evidence for the so-called "male warrior hypothesis".

It claims that in every culture throughout history, men have been more likely than women to use violence when confronted by people they saw as outsiders.

Yeah, yeah, blame us.  We can take it. But if women would just keep us satisfied, the world would be a lot more peaceful, then. 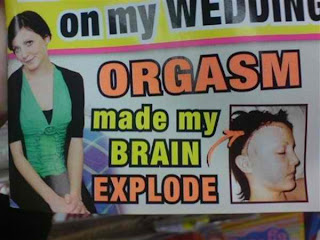 
Many women swear they have one, but a new review of 60 years of sex research shows science still can't definitively find the G-spot.

Researchers have used surveys, imaging scans and biopsies of women, all trying to locate and define the presumably orgasmic area on the vaginal wall known as the G-spot. Based on a review of 96 published studies, an Israeli and American research team came to one conclusion.

"Without a doubt, a discreet anatomic entity called the G-spot does not exist," said Dr. Amichai Kilchevsky, a urology resident at Yale-New Haven Hospital in Connecticut, and lead author of the review, published Jan. 12 in the Journal of Sexual Medicine. Kilchevsky conceded the work is not "1,000 percent conclusive," allowing that other scientists could one day find something his team missed. But they would need new technology to do it, he said. 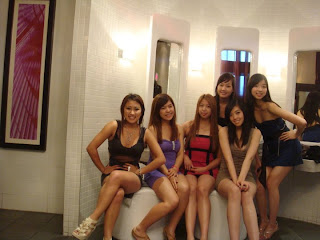 
Researchers conducted a series of tests on groups of men and women with similar high IQ ratings. In the first set of tasks, the subjects were given basic puzzles to solve.

Then they were each told how well the others in the group had performed before being given another series of similar tests.

Once they knew the others were good at the tasks, the performance and IQ of both sexes dropped, but women's more significantly.

Scans showed the part of the brain dealing with emotion increased in activity while that associated with problem solving decreased.

Like this wasn't obvious.  But it's a feature, not a bug.

Men Spend the Big Bucks When Women Are Scarce 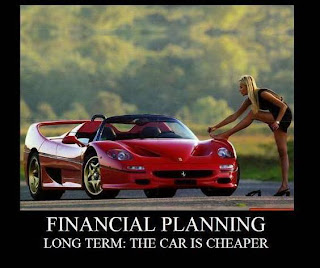 Across the animal kingdom, males are competitive when females are scarce. Now a study with people has examined how the number of women affects men’s attitudes about a marker for competitive fitness: Money. Basically, the fewer the women, the more the men threw their money around. The research is in the Journal of Personality and Social Psychology.

Study subjects read prepared articles that described their local population as being predominantly male or being half male-half female. Then they were asked how much money they’d save and how much they’d spend using credit cards each month. When the men believed there were fewer women, they predicted they’d save 42 percent less money and were willing to spend 84 percent more on credit cards than when the sexes were at equal numbers.

Some really cheesy article about why sex is good for men, as if we really needed an rationale.  But here's ten excuses you can try in a pinch: 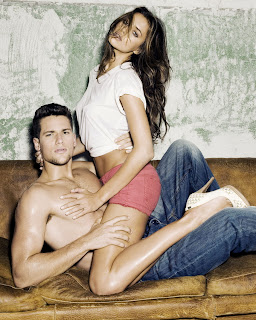 It keeps your heart pumping:
Well, maybe for a short while
It prevents erectile dysfunction:
Or do you have more sex if you don't have ED?
It helps to relieve stress:
I've heard that...
It burns calories:
Like any 7 minute workout
It helps release happy hormones:
Better than sad hormones I guess
It will keep you fit and tone
It seems to work for the guy on the right
It stops colds from developing:
Just try to have sex when you're nose is running.
It will make you look younger:
Or maybe you'll just think so - who cares?
It makes you live longer:
Promise? Maybe she doesn't want me to!


Well, that's enough for now.  One thing we can be sure of is that there will be plenty more stupid sex articles in the future...


Wombat-Socho at The Other McCain features this and my other cuties posts this week in his giant compendium of Rule 5 posts "Patience." Thanks, uh, Wombat? Also listed by The Classical Liberal in "Rule 5 and Tequila."