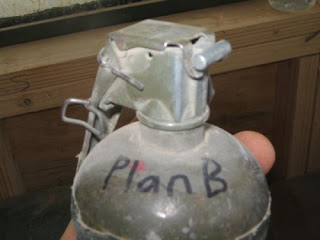 A few days ago, Secretary of Health and Human services Kathleen Sebelius overruled the recommendation of her own Food and Drug Administration Commissioner and kept current restrictions on the "morning after pill" called "Plan B".  That should be more properly called the "three mornings after pill" as it is effective up to three days

The FDA had recommended, based on relatively mild side effects when used as directed, that Plan B would be freely available to girls as young as 11. The manufacturer had also requested that it be moved out beyond the counter so it would be less embarrassing for young girls to purchase

Currently, the drug is available without a prescription, but behind the counter, to "women" 17 and older.  This restriction is substantially similar to drugs containing ephedrine, often used to make crack cocaine crystal meth.  And we know how effective that restriction has been:


Tulsa police arrested a woman for mixing chemicals to make meth inside a south Tulsa Walmart on Thursday.

The liberal media is apparently united in decrying this as a political ploy by the Obama administration, sucking up to the unenlightened masses who oppose abortion and all things liberal, while the conservative media generally agree, grudgingly allowing that they may have backed into the correct  policy choice for the wrong reasons.  I tend to agree with that assessment, while giving them some credit for a rare outburst of common sense.


"I will say this, as the father of two daughters. I think it is important for us to make sure that we apply some common sense to various rules when it comes to over-the-counter medicine," Mr. Obama said. The president's daughters, Malia and Sasha, are 13 and 10. "I think most parents would probably feel the same way," he said. 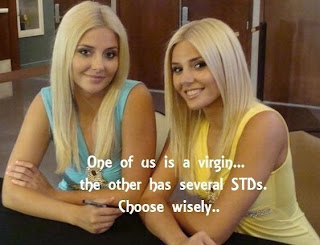 Given the lack of restriction originally proposed, you might as well put it in gumball machines and install them in girls bathrooms in elementary, middle and high schools. My dim recollections that era in my life is that, in fact, kids that age aren't really wise enough to be trusted with any but the most benign medicines (and maybe not those).  They tend to think that if a single dose is effective, two or three times the dose is two or three times as effective.  And while a single big whopping dose of sex hormones may not be harmful, that may not be true for a triple dose, used more often than recommended, may well be. 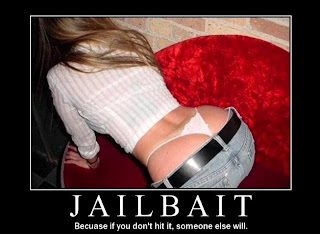 Moreover, teenyboppers can't be trusted not to pass on their drugs to their friends, so the 11 year old with a purse full of Plan B is likely to be sharing it with her 9 and 10 year old friends, just because.

While Plan B is designed as an emergency use after unplanned intercourse, making it freely available off the shelf would essentially make it available to young girls as a routine birth control measure.  Why use condoms or take the daily pill and worry about skipping days, when you can fuck all you want, and take a pill the next day when you start to worry about it?  If you don't think there aren't a lot of kids out there thinking that way, you obviously don't remember your friends...

And, as always, thanks to Wombat-Socho for including this in Rule 5 Monday at The Other McCain.
Posted by Fritz at 9:13 AM