Were Dogs Ever Domesticated? 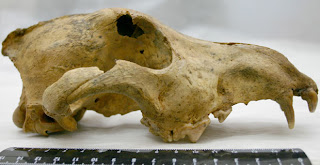 A Canadian researcher who specializes in the biology of ancient dogs co-authored one of the most significant studies of the year in canine science: a paper detailing the world’s earliest evidence of an animal in transition from wild wolf to domesticated dog.

The “extraordinary preservation” of the creature’s 33,000-year-old skull — found in a cave in southern Siberia — has helped show that dog domestication “was, in most cases, entirely natural” and not really a “human accomplishment,” says B.C. evolutionary biologist Susan Crockford. 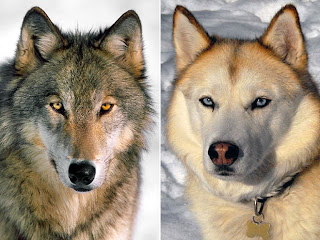 She was part of a six-member team of researchers from Russia, Britain, the U.S. and the Netherlands that turned the clock back on wolf-dog transformations by thousands of years and showed that the phenomenon probably happened many times in many places around the globe... 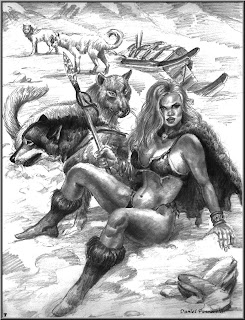 “It doesn’t meet all of the criteria for what we consider to be a fully domesticated dog,” she told Postmedia News. “It’s got some evidence that it is partway through the process. That’s why we talk about an ‘incipient’ dog, because it’s smaller than a wolf but it still has wolf-sized teeth.”

It’s believed the wolf-dog lineage seen in the Altai Mountains specimen did not continue through the Ice Age that took hold of the region beginning some 25,000 years ago. 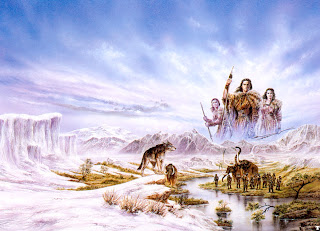 This is a very similar theme to that of a previous article I commented on here; the idea that wolves and modern humans linked together very early in prehistory, and that dogs evolved naturally out of the results of that linkage, rather than an act of deliberate "domestication".  Furthermore, having wolves/dogs as partners would likely have influenced human evolution as well, by shaping the path that humans took, and helping them to expand into new environments.

As for the belief that the wolf-dog lineage from the Altai mountains did not survive the glaciation, I think that it largely speculative and unwarranted.  Do they really imagine that the people and wolf/dogs stayed in the Altai and let the glaciers overwhelm them?  No, of course they moved.  While extinction is the ultimate fate of virtually every genetic line, there's no reason to suspect that this particular line of wolf-dogs did not contribute to the line of dogs that have come to live with us today. 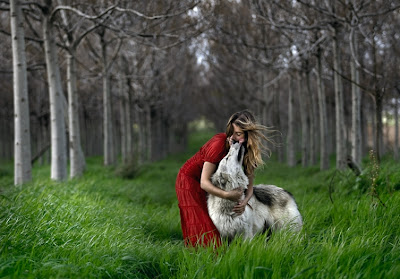