The United States Department of Fish and Wildlife has arrested Santa Claus, an elusive figure with many aliases (e.g., St. Nicholas).  On the morning of 24 December, 150 heavily armed Fish and Wildlife special agents raided Claus’ North Pole compound, seized several tons of exotic woods forbidden by the Lacey Act, arrested Santa Claus and a female accomplice identified only as Mrs. Claus, and liberated thousands of diminutive slave labourers known only as “Elves”.

Claus has been charged with multiple counts of money laundering, illegal exportation of currency, illegally importing into the United States toys made of contraband–rare woods, ivory and other banned substances.  He has also been charged with violations of slave labor and child labor laws, hundreds of patent and trademark violations, and illegally entering and exiting the United States.

“We arrived just in the nick of time. A moment later, and the caribou would have launched the sleigh and Claus would have escaped with the illegal materials. By now, he would be in the United States, breaking into people’s houses and selling this stuff.”

The United States Department of Immigration and the Internal Revenue Service have also had their eyes on Mr. Claus.  An immigration official who also attended the raid said that they were able to obtain several dozen passports.  He said,

“It seems that this Santa Claus character has a different name in every country–his EU passport says, ‘Father Christmas’ and his Canadian passport says, ‘Père Noël’. We have, however, determined with certainty that Santa Claus is a United States citizen.”

Apparently Claus worked in Hollywood during the 1940s and 50s making autobiographical films, such as Miracle on 34th Street.  During that time he applied for and received  U.S. citizenship.

Dorris Shulman, Commissioner of the IRS, has released the following statement:


At long last, the notorious tax cheat, Santa Claus, has been apprehended.  He has been living in a foreign country for the last 50 years and during that time he has not filed his US taxes even once.  It has become clear, however, that he has run a lucrative business at the North Pole and has never reported any of the income.  In addition to criminal tax evasion, we intend to charge Santa Claus with 190 counts of criminal failure to file Foreign Bank Account Reports (FBAR), as we found evidence in his papers that he is operating or has signing authority on bank accounts in 190 different countries.  It is our contention that the fines alone could help us bring billions in revenue into the United States government.

According to United States law, all United States Citizens are required to pay taxes to the IRS and to report any foreign bank accounts.  Failure to obey these filing requirements may result in civil and criminal penalties including imprisonment.

The Obama administration declared that they were very pleased with the news.


”It is about time,” Obama said from his Hawaiian retreat, “that the United States returned those who have fled the country just because they don’t feel like paying their fair share anymore.”

The Republican candidate for president, Ron Paul criticized the raid:


“The United States has neither the authority nor the right to go into another country and enforce its laws. Santa Claus is a citizen of the North Pole and it is overreach for us to go there and arrest him.” 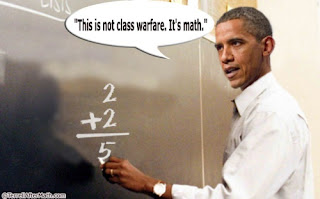 “The United States must reserve the right to arrest terrorists and to violate the rule of law in order to provide safety for the People of the United States.”

Prime Minister Stephen Harper of Canada said that his government did everything that they could to help the United States, even to the point of allowing the use of Canadian air space.


”We are cooperating with the good faith efforts of the United States to eliminate terrorists in order to maintain the safety and security of all Canadians.”