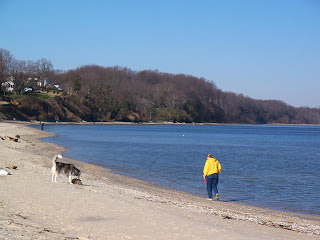 The final beach walk for 2011 was graced with unbelievably nice weather for winter, almost 60 F, blue sky and very little wind. Supposedly the weather should be good for tomorrow as well. 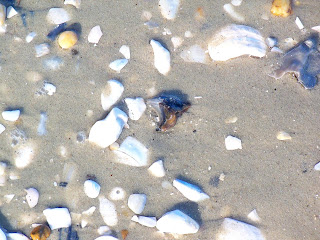 In yesterday's report, I didn't say much, but I had a remarkable day for finding fossils, 130 sharks teeth, a pair of drums teeth, a porpoise tooth, and a whale vertebra.  Today was almost as good, but because I we didn't walk as far as I did yesterday we only ended up with 40 shark's teeth, including this large Snaggletooth, shown where I found it. 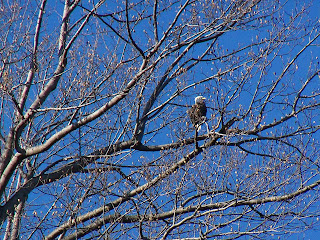 One of the eagles was out and about, the one that isn't concerned when you walk by 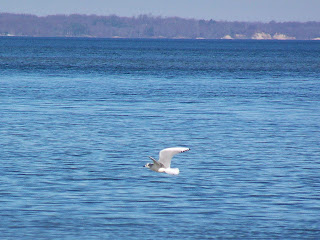 A gull flying by.  I'm told by the bird expert that it was probably a Bonapart's Gull. 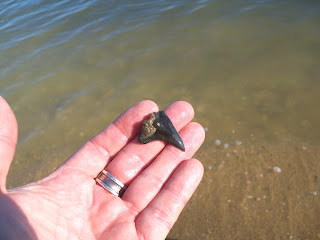 A very large Snaggletooth sharks tooth I found today.  It has some of the original rock matrix stuck to it, which is very rare for the teeth around here, as the matrix is soft and wears off quickly. 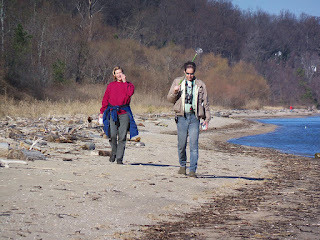 Jane and Tyler.  Both bird experts (Tyler told me it was a Bonapart's Gull).  Georgia and I work with Tyler. 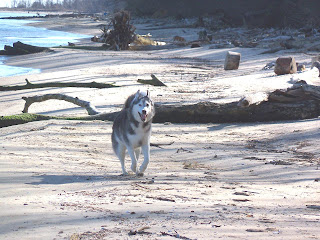 Skye was still romping around.
Posted by Fritz at 3:01 PM