You Can Take the Woman Out of the Cave - Part III

Research shows almost all women aggress against a sexy peer

A study published in the journal Aggressive Behavior confirms what is often seen on the popular reality show The Bachelor: that most women aggress against sexual rivals.

Although it is well documented that males of different species, including humans, aggressively compete with one another for sexual access to females (intrasexual competition), far less is known about how females compete with one another for the attention of males. University of Ottawa professor Tracy Vaillancourt’s research supports the idea that women do engage in intrasexual competition through the use of aggression.

Results showed that almost all women were aggressive toward the attractive female whose only indiscretion was to dress in a sexually provocative manner. The women in this situation were more likely to roll their eyes at their peer, stare her up and down and show anger while she was in the room. When she left the room, many of them laughed at her, ridiculed her appearance, and/or suggested that she was sexually available. By contrast, when the same attractive peer was dressed conservatively, the group of women assigned to this second scenario barely noticed her, and none of them discussed her when she left the room.

A second experiment confirmed that the sexy colleague was indeed seen as a sexual rival by women. Results indicated that women did not want to introduce her to their boyfriend, allow him to spend time alone with her, or be friends with her.

Collectively, these results provide support for the idea that women do engage in intrasexual competition by aggressing towards sexy female counterparts.

Does this surprise anyone?  Should this be relabeled as "Science from the Duh! files? I'm sure this has been well observed down through history. 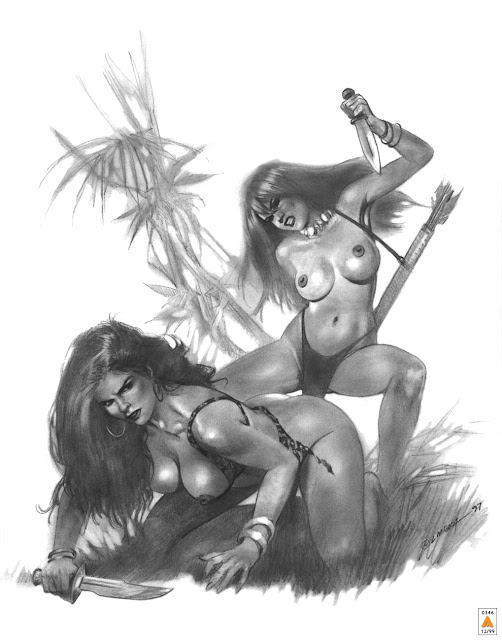 Thanks to Wombat-Socho for listing this, and my other posts in this weeks Rule 5 compilation "Boxing Day Edition" at the Other McCain.
Posted by Fritz at 6:00 AM