And Yet More Science from the Duh! Files 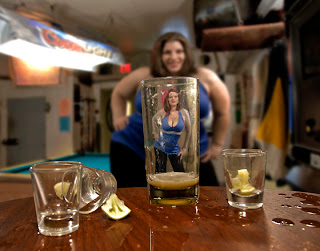 It's official: Alcohol can lead to unsafe sex

A new study has found that alcohol consumption directly impacts a person's intention to have unsafe sex. In other words, the more you drink, the stronger becomes your intention to engage in unsafe sex...


Alcohol consumption, especially heavy drinking, has long been associated with HIV incidence. However, there have been doubts about the cause-and-effect relationship. Researchers weren't sure if alcohol consumption caused HIV via unsafe sex, or whether certain personality traits in individuals, such as sensation-seeking or a disposition to risky behaviour in general, would lead to both alcohol use and unsafe sex.

The study, published in the January issue of the journal Addiction, summarizes the results of 12 experiments that tested this cause-and-effect relationship in a systematic way. After pooling the results, the researchers found that alcohol consumption affects decision-making, and that this impact rises with the amount of alcohol consumed. The more alcohol that participants consumed, the higher their willingness to engage in unsafe sex.