All That Fuss Over a Half Inch of Hair 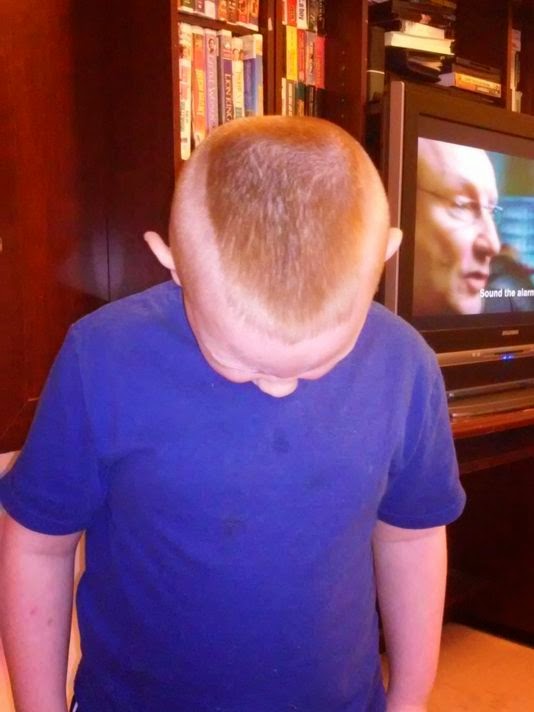 
A young boy's high and tight haircut meant to honor his soldier-stepbrother earned him the threat of suspension from an elementary school named for a Medal of Honor recipient, and the fallout from the incident has led a Tennessee school district to increase security measures.

Adam Stinnett went to Bobby Ray Memorial Elementary School in McMinnville, about a 90-minute drive southeast from Nashville, on March 9 sporting the new hairdo. His mother, Amy Stinnett, said he'd requested the high and tight to be more like Spc. Justin Bloodworth, his active-duty stepbrother.

Adam was written up by the principal, who thought the haircut was against school policy banning "mohawk haircuts or other extreme cuts."

After his mother received an email from the principal and stopped by for a face-to-face chat, it was made clear that Adam's hairstyle would have to change before he returned to school.

With so much hair already gone, his mother had few options.

"I did shave his head," Stinnett said Thursday. "With no hair, he looks sick all the time."

The incident upset Adam, who wants to follow Bloodworth's path into military service, his mother said.

My, how times have changed. I fought my Dad tooth and nail to retain every last fraction of an inch of every last hair. I'd like to blame the Beatles, but the battles began before they made any appearance. He would so have liked me to keep my hair like that.
Posted by Fritz at 8:34 AM