Seemingly trying to avoid looking like the clown Joe Biden had appeared to be in his debate with Paul Ryan, last night, President Obama adopted a much more serious, disapproving demeanor, that Twitchy has dubbed the "Death Stare": 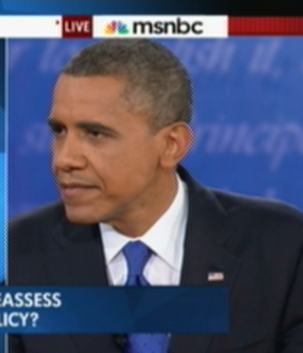 I saw a timber rattlesnake give a rat it intended to eat that stare just before it bit. 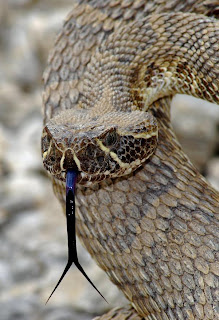 However, the snake was out of venom, and the rat proceeded to chew up the snake.