Silvio Berlusconi, the former Italian prime minister, was sentenced to four years in prison for tax evasion, only for the prison term to be reduced swiftly to one year. The court in Milan said the reduction was a result of a 2006 amnesty law, passed by a rival Left-wing government, aimed at reducing prison overcrowding.

Its decision to cut his sentence by 75 per cent was a reminder of how Mr Berlusconi, despite numerous marathon legal battles and four previous guilty verdicts, has never been to prison. 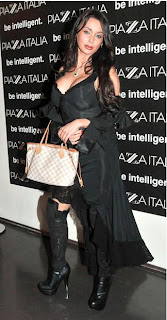 The real crime, of course, is that Silvio monopolizes an altogether unfair number of Italy's beautiful women (some of whom aren't even Italian).  It's so unfair of the 1% to monopolize the resources.


Mr Berlusconi's lawyers appealed minutes after the pronouncement of the first conviction, which included a five-year ban on holding public office.

Given the shorter sentence and their client's record of running down the legal clock and winning appeals, the colourful 76-year-old politician and tycoon is unlikely to spend time behind bars in the near future, if at all.The statute of limitations in the case is set to expire sometime next year. 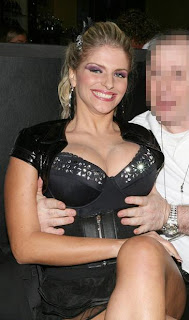 Are conjugal visits allowed in Italy?  Will they queue out the door of the prison?

He has been tried numerous times for his business dealings as head of the Mediaset empire and AC Milan football club, beginning before he was elected to the first of his three terms as premier in 1994.

He has always denied wrongdoing and alleged that the cases were politically motivated. In each case to date, he has been cleared or seen the statute of limitations expire.

He is also on trial in Milan on charges of paying for sex with an under-age teenager and trying to cover it up. He denies the allegations.

The court found that Mr Berlusconi and 10 co-defendants were behind a scheme by Mediaset to purchase the rights to broadcast American films on his private television networks through a series of offshore companies, and had falsely declared the payments to avoid taxes.

Prosecutors said that they inflated the price for the TV rights of some 3,000 films as they re-licensed them internally to Berlusconi's networks, pocketing the difference that amounted to 250 million euros.

I knew it! It was all George Bush's fault all along! 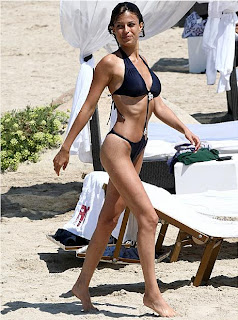 Previous coverage of the trials and tribulations of Silvio:

Wombat-Socho included this in his weekly "Rule 5 Sunday: Medicine Show!" at the Other McCain. Linked at The Classical Liberal "Gucci Galore", too.