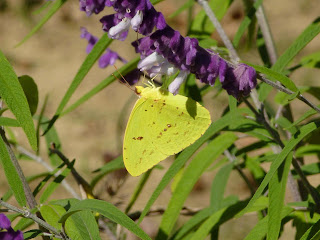 A quiet day at home today, a Drs. appointment and shopping trip in the morning, and lazing around this afternoon, nursing my cold.  At some point this afternoon, I took the camera out to the garden, and found some butterflies hanging around the Mexican Sage. 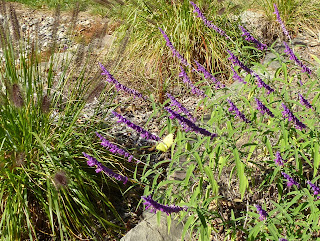 I could be wrong, but I'm pretty sure they are Cloudless Sulphurs, one I caught on digits before, but not this well.  It's still had to do get shot of the top of the wings; I have yet to see one sit with its wings spread.

However, I did catch this one in flight in a not too awfully blurry shot.  Note the dark wings and scalloped edges. 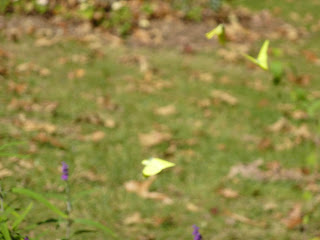 At one point, the three individuals present took off in an aerial dog fight.  God only knows what they think they're doing; I can't imagine them inflicting any damage on each other.  Well, maybe it's foreplay... 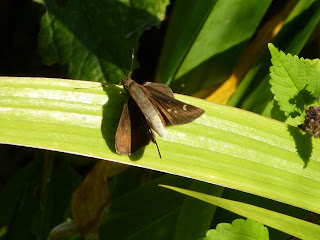 A little later, I found this dark skipper.  I don't even pretend to try to identify skippers; there's just too many of them, and the differences are pretty subtle. 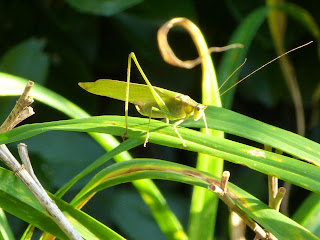 This naked Katydid wandered by during the photo shoot. 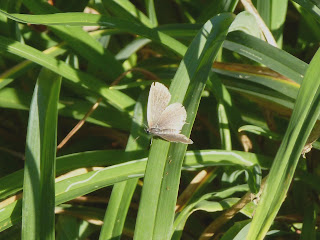 As did this little something.It might be an Eastern Tailed Blue, but it's awfully indistinct. It does look like the remains of one of the tails on the rear wing.