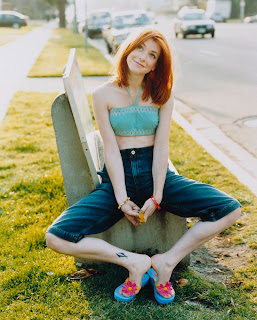 Will I ever run out of Gingers?  I hope not.

Before "How I Met Your Mother", Alyson Hannigan was likely best known for her role as role as Willow, the sidekick of Buffy the Vampire Slayer (already used as a Rule 5 subject).  The show ran from 1997 to 2003, and in 2003 the role won her the  "Best Supporting Actress" in the Saturn Awards. 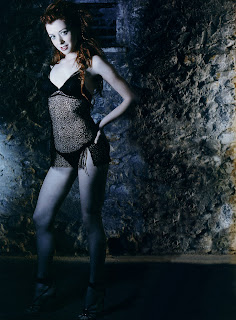 She was born in my current neck of the woods (D.C.), from an Irish father and a Jewish mother, but grew up in my old stomping grounds, Southern California, graduating high school in North Hollywood, and getting an undergraduate degree in psychology at Cal State Northridge.

As noted above, she can currently be found on "How I Met Your Mother", and a new movie, "American Reunion" is expected to come out later this year. 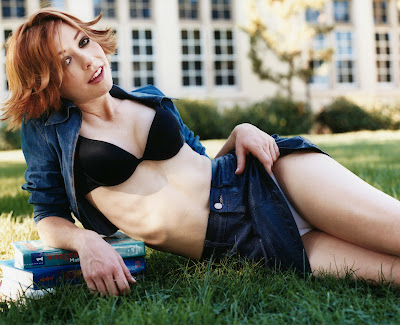 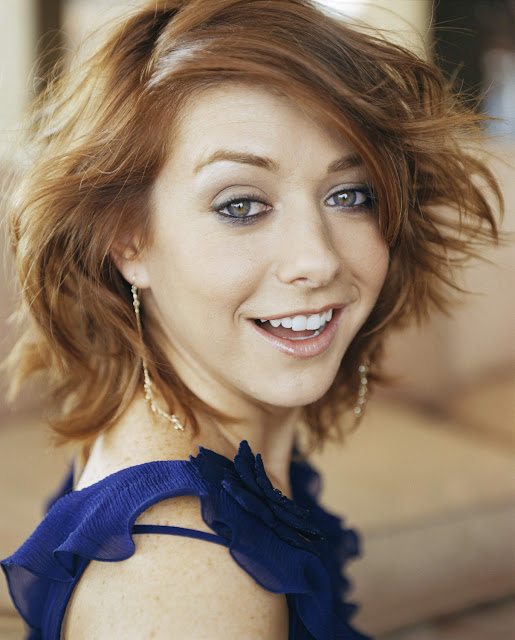 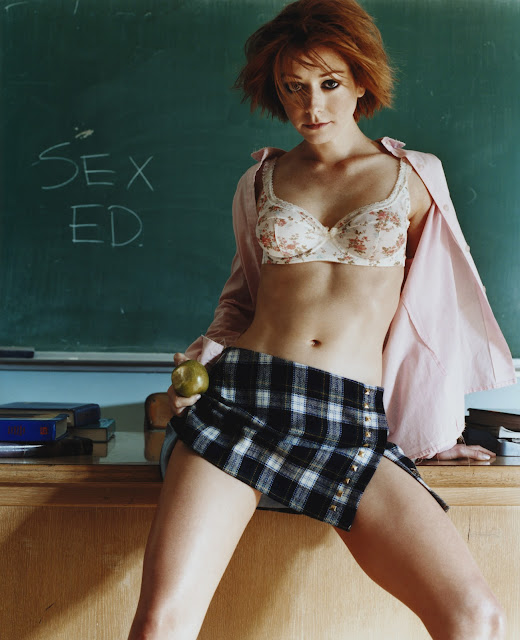 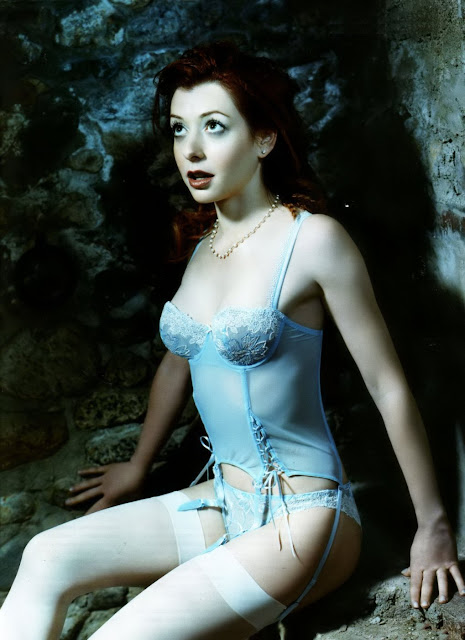 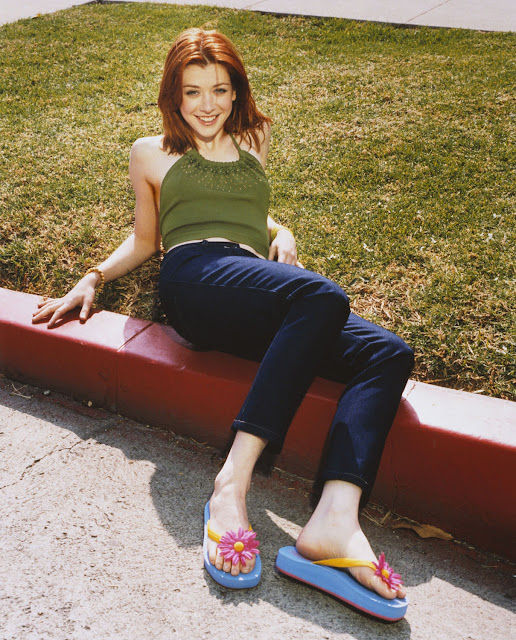 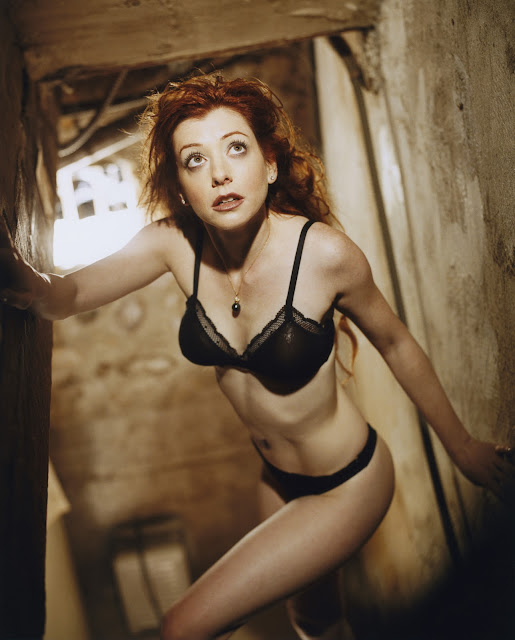 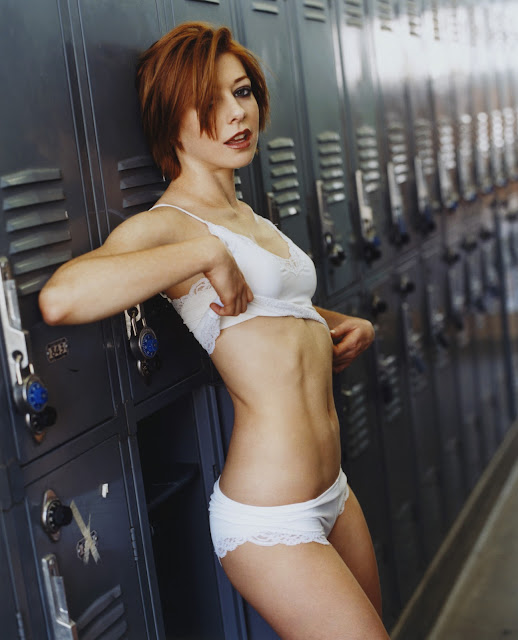 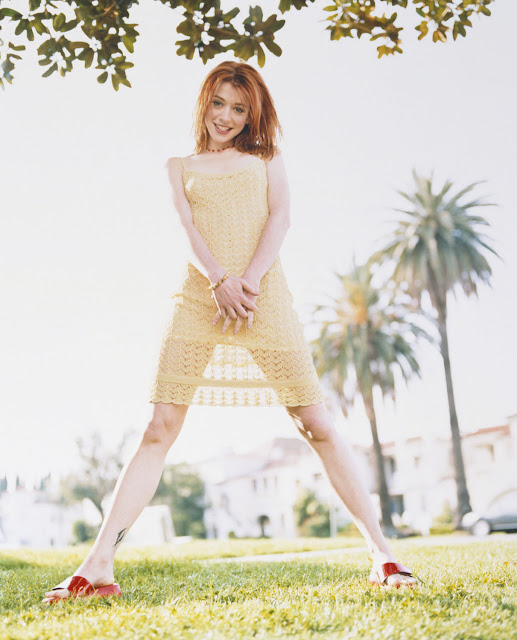 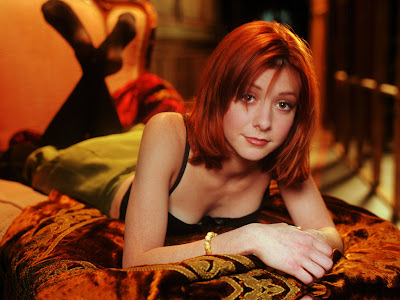 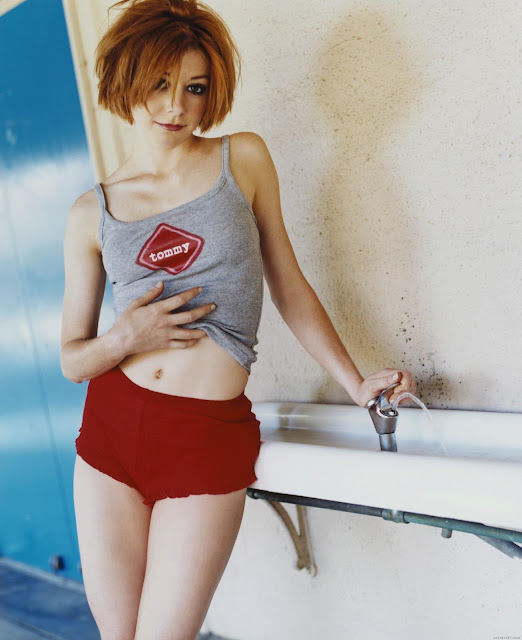 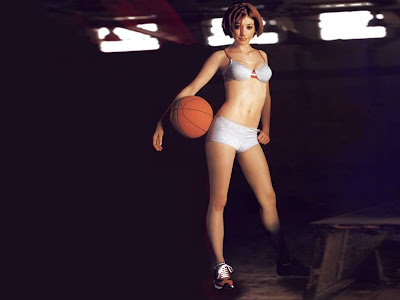 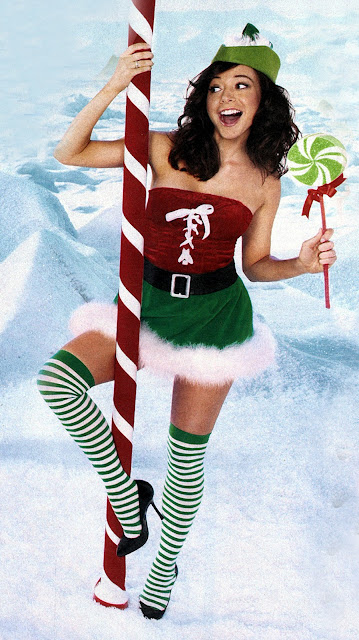 Ted is showcasing Barbara Stanwyck for his 36th Weekend Woman. The DaleyGator has Elisabeth Canalis; my thanks for listing AVFB as a "Blog of the Month."  Maggie at Maggie's Notebook is doing double Rule 5 duty with the Kruppa sisters.  Jake Finnegan is using Maggie Rizer to demonstrate the dangers of creeping Sharia this week. William Teach has the unbeatable combo of a cute puppy and a pretty girls on his latest "If All You See...".  As noted in the comment, the Reaganite Republican is burying the hatchet with the Vietnamese with Miss Vietnam 2011;  Vũ Thi Hoàng My.
Posted by Fritz at 6:00 AM