Eat Chocolate and Get Thin?

Too good to be true? Eating lots of chocolate helps people stay thin

What's the best way to stay thin? A new study finds it's exercising and eating a healthy diet full of - chocolate?

The study found that people who frequently ate chocolate had a lower body mass index (BMI) than people who didn't.

For the study, published in the March 26 issue of Archives of Internal Medicine, researchers examined more than 1,000 healthy men and women who were free of heart disease, diabetes and cholesterol problems. They were all enrolled in another study that measured the effects of cholesterol-lowering statin drugs, but for this study researchers assigned them questionnaires that gauged how often participants chowed down on chocolate. 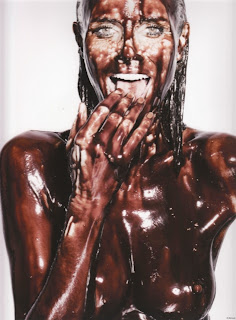 The researchers found that the participants - who were an average age of 57 - ate chocolate for an average of twice of week and exercised roughly 3.5 times per week. But the more frequent chocolate-eaters had smaller BMIs, a ratio of height and weight that's used to measure obesity.

What explains the effect? Even though chocolate can be loaded with calories, it's full of antioxidants and other ingredients that may promote weight loss, the researchers said. "I was pretty happy with this news myself," study author Dr. Beatrice Golomb, associate professor of medicine at the University of California-San Diego, told USA Today. "Findings show the composition of calories, not just the number of them, matters for determining ultimate weight."

Does that mean all diet regimens should include a daily chocolate bar? The researchers say it's too soon to tell.

"Our findings - that more frequent chocolate intake is linked to lower BMI - are intriguing," the authors wrote. However, "It is not a siren call to go out and eat 20 pounds of chocolate a day," Golomb told HealthDay.

As much as I'd love for this to be true, correlation is not causation.  If skinny people eat more chocolate because they know it won't make them fat (and there are people like that, damn their souls), while the rest of us BMI disabled folk avoid chocolate because we know it will, the study would come out exactly the same.

At long last the Rule 5 Thursday round up by Wombat-Socho at the Other McCain.
Posted by Fritz at 9:29 PM