A Paradise man says he is lucky to be alive after an attack by a mountain lion Monday morning.


Robert Biggs, 69, often hikes in the Bean Soup Flat area, which is about a mile and a half above Whisky Flats. He came across a mother bear, a yearling and a newborn, which were about 40 feet from where he was standing. After watching the bear family for a few minutes he decided to leave them be and turned to walk back up the trail. As he turned, a mountain lion pounced on him grabbing hold of his backpack with all four paws.

"They usually grab hold of your head with all four paws, but my backpack was up above my head and (the mountain lion) grabbed it instead," Biggs said. "It must have been stalking the little bear, but it was on me in seconds." 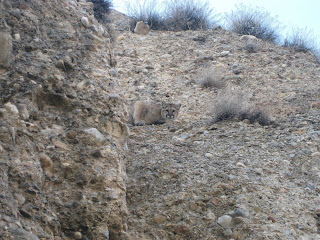 
He wrestled with the cat, striking it in the head with a rock pick. The cat screamed when it was hit with the pick, but didn't let go, Biggs said. Before he knew it, the mother bear came from behind and pounced on the cat, tearing its grip from the backpack. The bear and the cat battled for about 15 seconds, Biggs said, until the cat finally ran away. The bear went on its way as well.

Biggs ended up with bite marks, scratches and bruises to his arm, but was otherwise uninjured. Biggs, a naturist, has hiked that same trail several times and has seen the mother bear and its cub last spring and fall. He said the encounters with the bears were friendly. "(The cub) stood up on its hind legs and put its paws up and Igot to play patty-cake with it," he said. 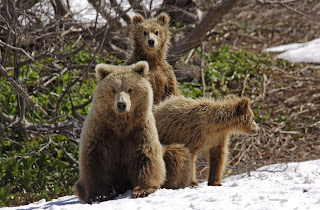 Maybe they were saving him for an afternoon snack.


The patty-cake game was simply touching the bottom of its paw with his open palm, more like a high-five. He said the mother watched the two play and her only reaction was to call the cub back. Biggs said he is certain that the mother that saved him during the mountain lion attack is the same bear he has seen in that area before.

"They're pretty territorial," he said, adding that he recognized some of the bear's markings. Though his arm was pretty cut up, he chose not to go to the doctor, a move that concerned his wife Suzanne.

"There were puncture wounds and skin was hanging off, and you don't know what's in their paws," she said.

Biggs said he wasn't worried because he had a tetanus shot a couple of years ago. Biggs simply put peroxide on his wounds and expects that will be enough.

As for lessons learned, Suzanne quipped, "He doesn't learn."
Biggs just chuckled at the comment. The incident isn't going to stop him from enjoying the Ridge's wildlife.

I call BS, but the story is too good not to pass on..

UPDATE:  Apparently the authorities think this is a hoax, too. 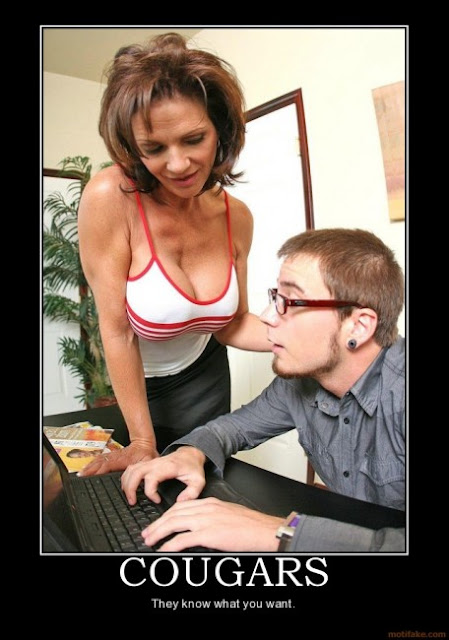