Interns have to write essays to try and explain why they want to work in your lab.  A few fine examples from the set I reviewed...

“My dream is to be involved in a water ministry….”

“I hadn’t given much thought to environmental protection as an adolescent; I grew up in suburban New Jersey…”

“Challenges, puzzles, the outdoors. As far back as my memory extends, I’ve loved all of these things”

“My current environmental interest is linked to a seemingly unlikely source: mountain gorillas.”

“My education, starting with With the various high school, AP courses , and continuing rigorous college courses, has , I am prepared me for the choseninternship’s academic challenges projects”. – Note, I carefully copied this to avoid correcting any mistakes…

“According to my academic records, I began my college education at the University of St. La Salle in the Philippines in 2007” – Have amnesia much?

Examples collected by someone else:


"Having finished eleven research projects in the best technical institutes all over, I chose <name removed> as my alma mater for summer research."

"From fear of being channeled directly from graduate school into a teaching position at a university, I intend to spend a year exploring areas in which I could use a doctoral degree before entering a PhD program." Ah, the fear of any doctorate student – a faculty position.

"People say face is the mirror of the mind. Well, maybe, but my mirror has two faces. To everyone who knows me I am <name removed>, a soft-spoken, sincere boy who attends classes with a most serious face and breaks into an occasional jig in his hostel room. It was the wild, uninhibited, inquisitive side of me that became fond of research, ECOLOGY & geology being a particular favourite."

Best opening sentence award: "I am a hunter’s daughter."

Best concluding sentence award: "I never predicted that I would be working with insects, crustaceans, and bivalves instead of jaguars and elephants, but I, honestly, would not have it any other way."

Best slam from a recommendation letter: "Her proposed project included multiple exclamation points in reference to the study of gelatinous zoo plankton, a species that I doubt often receives exclamation points."

To be fair, these kids are trying hard to catch your attention.  They often do, but not in the way they might have hoped. 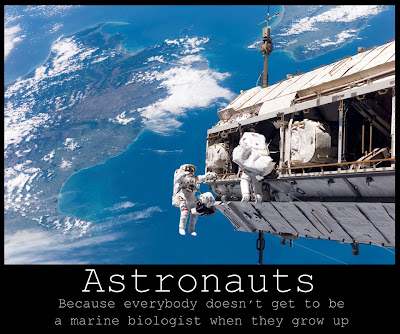 Email ThisBlogThis!Share to TwitterShare to FacebookShare to Pinterest
Labels: $#I*, education