Redheads are more sensitive to some kinds of pain and less sensitive to others. The explanation for these differences could be found in their genetic makeup. (Illustrated with famous redheads)


Perhaps you think that your girlfriend is a whiner when she complains about touching snow?

Or that she must be insensitive when she doesn't seem to mind ferociously hot curry sauce that sets your mouth on fire?

Take a closer look at her hair colour. It's probably red.

Hmmm.  Georgia doesn't like the cold, and complains that her hands and feet get cold.  Part of that is an old hand injury, but when we go for a beach walk in winter, she's more likely to bundle up.  I figure if you feel cool the first 10 minutes you judged just about right.


A range of differences

An increasing number of studies show that redheads are differently constituted in terms of pain perception and body reactions. Research reveals that redheads:


Georgia has certainly observed the effect of local anesthetics.  After repeated incidents where the dental anesthetics failed to work properly, she and her dentist both learned that after administering them, a longer wait solved the problem.


Some studies indicate that redheads are more prone to illness because they prefer to keep out of the sun and so lack vitamin D, or because their ability to absorb the vitamin is less efficient.

A persistent rumour has also circulated about surgeons being reluctant to perform surgery on redheads because they are said to bleed more.

But this myth was recently exploded by a recent study, which showed that redheads are no different to anyone else in this respect.

In other respects, however, redheads turn out to be tougher than other people.

Research has produced evidence that redheads are less sensitive to stinging pain in the skin.

This was shown in tests where capsaicin, the active substance in chilli, was injected into the skin to produce pain.

Well, we both like pretty hot food, so it's a wash there.

In recent years, research has indicated that redheaded women especially experience pain in a different way.

The evidence stems originally from experiments on female mice, and so most of the human studies have been conducted on redheaded women. But there is nothing to suggest that the different perception of pain may not equally apply to redheaded men.

But then, no one cares about redheaded men.

"Our tests showed that redheads are less sensitive to this particular type of pain. They react less to pressure close to the injected area, or to a pinprick. They seem to be a bit better protected, and that is a really interesting finding," says Professor Lars Arendt-Nielsen of the Center for Sensory-Motor Interaction at Aalborg University.
Genetic clues


Research into the way redheads react to various substances and stimuli has produced a catalogue of differences that defies easy explanation.

They are more affected by some things and less by others.

This has led scientists to theorise that the cause of these differences is likely to be something fundamental: redheads may possess a 'redhead' gene.

Research in mice has shown that female mice with genes similar to redheaded people are easier to treat successfully with certain drugs. 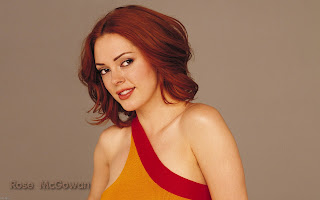 It is estimated that 2 percent of the world's population is redheaded. In the northern hemisphere the figure is 6 percent and in Scotland 13 percent.

The focus of the animal studies was the receptor gene MC1R, which is responsible for producing the brown skin pigment melanin; redheads have a variant of this gene which does not produce melanin.

The question is whether there are other consequences, since there are indications that the gene is associated with the central nervous system.

"It seems that MCR1 is involved in central functions in the brain, and we know that subgroups like MC2R, MC3R and MC4R, which are also linked to redheads, have considerable involvement in brain functions. This could be the key to explaining why redheads are a little different to other people," says Arendt-Nielsen.

You know, this scientific crap sort takes the mystery out of it.  Or at least it tries...

The master, Wombat-Socho at the Other McCain, includes this in his weekly link-riot, Rule 5 Tuesday.