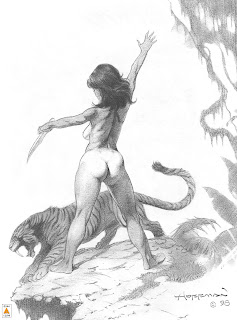 As you may recall, the Denisovans are a prehistoric race of human being, which co-existed with Neandertal Man and so-called Modern Humans.  A few fossils were found in a cave in Denisova, Siberia. Little is known about the morphology of the Denisovans, since the fossils are extremely limited, but enough DNA was extracted to show that Denisovans had left genetic traces in modern men, particularly in New Guinea, where Denisovan DNA constitutes approximately 5% of the modern genome.  Now DNA from a single Denisovan finger bone has been amplified and completely transcribed the genome of this archaic human being:

In 2010, Svante Pääbo and his colleagues presented a draft version of the genome from a small fragment of a human finger bone discovered in Denisova Cave in southern Siberia. The DNA sequences showed that this individual came from a previously unknown group of extinct humans that have become known as Denisovans. Together with their sister group the Neandertals, Denisovans are the closest extinct relatives of currently living humans. 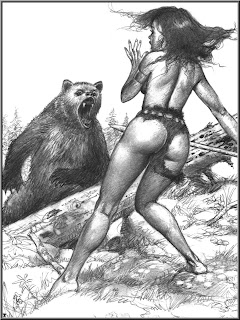 The Leipzig team has now developed sensitive novel techniques which have allowed them to sequence every position in the Denisovan genome about 30 times over, using DNA extracted from less than 10 milligrams of the finger bone. In the previous draft version published in 2010, each position in the genome was determined, on average, only twice. This level of resolution was sufficient to establish the relationship of Denisovans to Neandertals and present-day humans, but often made it impossible for researchers to study the evolution of specific parts of the genome. The now-completed version of the genome allows even the small differences between the copies of genes that this individual inherited from its mother and father to be distinguished. This Wednesday the Leipzig group makes the entire Denisovan genome sequence available for the scientific community over the internet.

“The genome is of very high quality”, says Matthias Meyer, who developed the techniques that made this technical feat possible. “We cover all non-repetitive DNA sequences in the Denisovan genome so many times that it has fewer errors than most genomes from present-day humans that have been determined to date”. 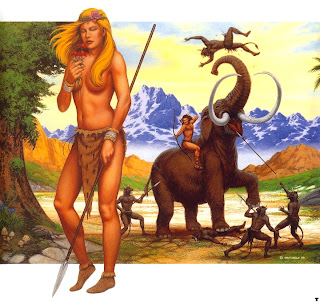 
The genome represents the first high-coverage, complete genome sequence of an archaic human group - a leap in the study of extinct forms of humans. “We hope that biologists will be able to use this genome to discover genetic changes that were important for the development of modern human culture and technology, and enabled modern humans to leave Africa and rapidly spread around the world, starting around 100,000 years ago” says Pääbo. The genome is also expected to reveal new aspects of the history of Denisovans and Neandertals.

This raises the possibility, that using a DNA synthesizer, the genome could be inserted into a human denucleated fertilized human ovum, and an actual Denisovan could be born (the technology isn't there yet).  What would a Denisovan look like?  So far, the genes are silent and the fossils fragmentary, so we are free to use our imagination...

Wombat-Socho linked to this in his weekly Rule 5 extravaganza at The Other McCain.  Thanks again Kevin, for a great list.
Posted by Fritz at 5:00 AM