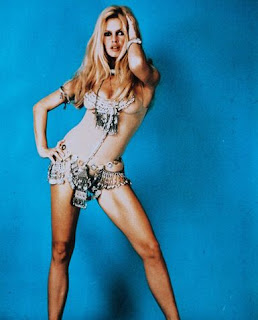 As noted by Theo, this past Wednesday, Brigitte Bardot celebrated her 77th birthday.

Born in Paris, her father was an engineer, and her mother kept the house.  She and her sister took up dance.   At one time she considered a career in belly dancing. Many of us are glad she surpassed her initial goals. 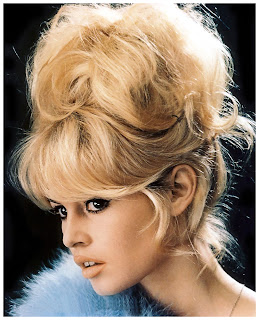 She got into modeling young. At age 15, she was a cover girl for ELLE.  A babysitting job brought her to the attention of future husband #1, director Roger Vadim, who clearly recognized a good thing when he saw it. 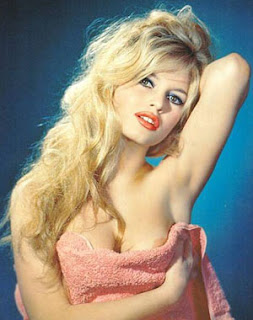 She began acting in 1952 at 18, the year she married Vadim, and had appeared starred in 16 films by the time Vadim gave her the starring role in "And God Invented Woman" in 1956.  No Slacker!


The film narrates the experience of Juliette, an 18-year old orphan with a high level of sexual energy. She makes no effort to restrain her natural sensuality - lying nude in her yard, habitually kicking her shoes off and walking around barefoot, and disregarding many societal restraints and the opinions of others. These factors cause a stir and attract the attentions of most of the men around her. 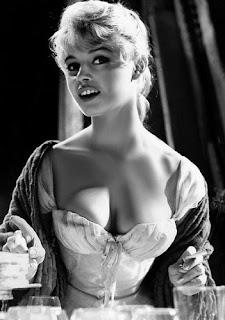 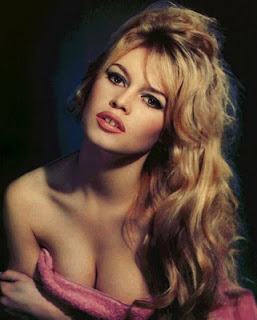 Film critic Dennis Schwartz wrote, "The breezy erotic drama was laced with some thinly textured sad moments that hardly resonated as serious drama. But as slight as the story was it was always lively and easy to take on the eyes, adding up to hardly anything more than a bunch of snapshots of Bardot posturing as a sex kitten in various stages of undress. The public loved it and it became a big box-office smash, and paved the wave for a spate of sexy films to follow. What was more disturbing than its dullish dialogue and flaunting of Bardot as a sex object, was that underneath its call for liberation was a reactionary and sexist view of sex."

Rule 5; sex sells, and you can't talk politics all the time. 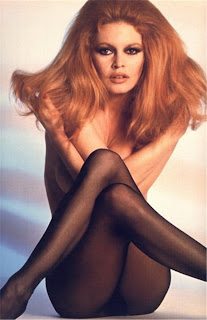 Needless to say, the film made Bardot into a major international star, and made her the talk of French intellectuals, who rediscovered sex through her:


She was the subject of Simone de Beauvoir's 1959 essay, The Lolita Syndrome, which described Bardot as a "locomotive of women's history" and built upon existentialist themes to declare her the first and most liberated woman of post-war France. 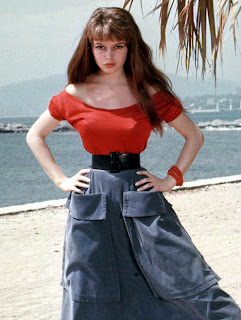 In Bardot's early career, professional photographer Sam Levin's photos contributed to her image of sensuality. Onephoto shows Brigitte from behind, dressed in a white corset. British photographer Cornel Lucas made iconic images of Bardot in the 1950s and 1960s that have become representative of her public persona.

I mean, how much farther than "Sex Kitten" do you have to go? 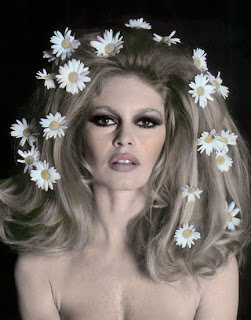 and then later married two other inconsequential men, which should give hope to the rest of us. 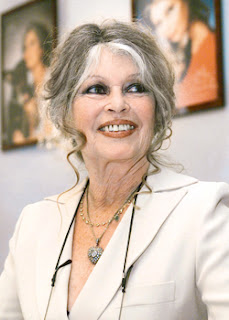 She retired to the tough life of southern France.  Having found that a bit quiet, she apparently became a crank for Animal Rights founding the...


....Brigitte Bardot Foundation for the Welfare and Protection of Animals. She became a vegetarian and raised three million francs to fund the foundation by auctioning off jewelry and many personal belongings.

Ted has Erica Durance as his Weekend Woman this week.