There's Gold in Them Thar Hills

South Carolina mine sparks mini-gold rush to the Southeast


A Canadian mining company and a tiny South Carolina town are leading what could be a modern gold rush to the southeastern United States.

Romarco Minerals Inc. reopened the historic Haile Gold Mine near Kershaw, S.C., this year and expects to pour its first gold bar there in early 2014, Chief Executive Diane Garrett told Reuters this week.

Once environmental impact studies and permits are complete, Haile will be the only modern gold mine east of the Mississippi River, Garrett said, and the first since the Kennecott Minerals mine closed in Ridgeway, S.C., in 1999.

Based on the proven gold reserves found in samples, the Toronto company estimates it has 3.1 million ounces of gold at Haile. The mine will produce an average of 150,000 ounces of gold a year for five years, according to its website.

"It sits on one of the most significant trends of gold in the United States," Garrett said. "A lot of people had forgotten just how significant the gold production was in this area."

The phrase "There's Gold in Them Thar Hills" is probably best known as being uttered by Yosemite Sam in various Bugs Bunny cartoons.  However the phrase was really uttered by someone trying to keep miners at a Georgia gold mine (part of the same mining belt as the Haile mine) at the time of the California Gold Rush: 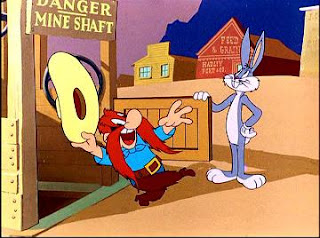 In 1828 Dahlonega was the site of the first major gold rush in the United States. The Dahlonega Gold Museum Historic Site sits in the middle of the town square, housed in the old Lumpkin County Courthouse built in 1836. From its steps in 1849, Dahlonega Mint assayor Dr. M. F. Stephenson tried to persuade miners to stay in Dahlonega instead of joining the California Gold Rush, saying, "There's gold in them thar hills."

Gold was also mined in Virginia and Maryland, along the Piedmont Plateau.  Alas, there does not appear to be any gold on my beach.