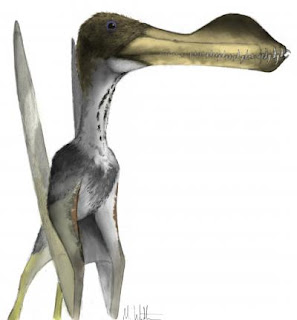 Yeah, I know, pterosaurs aren't technically dinosaurs, but they were giant reptiles that coexisted with true dinosaurs, and the popular imagination associates pterodactyls and other pterosaurs with dinosaurs.

And by finds, we mean found a small piecce of it that has been sitting around in a dusty old cupboard since 1884: 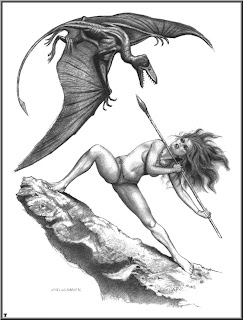 Their identification of the fossil as being part of the world's largest toothed pterosaur has been published in Cretaceous Research.

Dr Unwin, from the School of Museum Studies at the University of Leicester, said: "Our study showed that the fossil represented a huge individual with a wingspan that might have reached 7 metres. This is far larger than, for example, any modern bird, although some extinct birds may have reached 6 metres in wingspan. 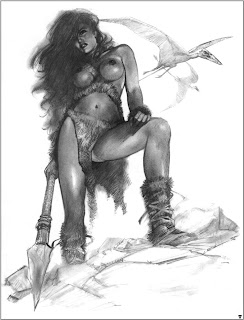 "What this research shows is that some toothed pterosaurs reached truly spectacular sizes and, for now, it allows us to put a likely upper limit on that size – around 7 metres in wingspan."

Dr Martill, from the University of Portsmouth, added: "It's an ugly looking specimen, but with a bit of skill you can work out just exactly what it was. All we have is the tip of the upper jaws - bones called the premaxillae, and a broken tooth preserved in one socket. 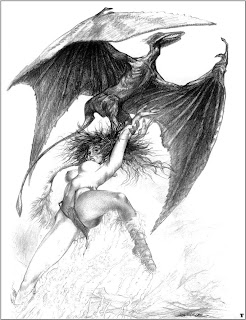 "Although the crown of the tooth has broken off, its diameter is 13mm. This is huge for a pterosaur. Once you do the calculations you realise that the scrap in your hand is a very exciting discovery.


Not surprisingly, the artists of Dino Babes were way ahead of the curve on this.
Posted by Fritz at 9:09 PM